The Bem-Bir-Sen trade union, meeting in an enlarged Board of Directors, proceeded to prepare the 6th session of collective bargaining that will start in early August this year.

This event organized in the framework of the preparations for the future collective bargaining was devoted to the recent expectations and concerns related to inflation and the considerable loss of purchasing power of state workers.

The leaders of the Bem Bir-Sen union, meeting to help define a negotiation agenda for the realization of the expectations and demands of municipal and local government workers, agreed to draw up a roadmap on the mechanisms for the successful conduct of future collective negotiations. 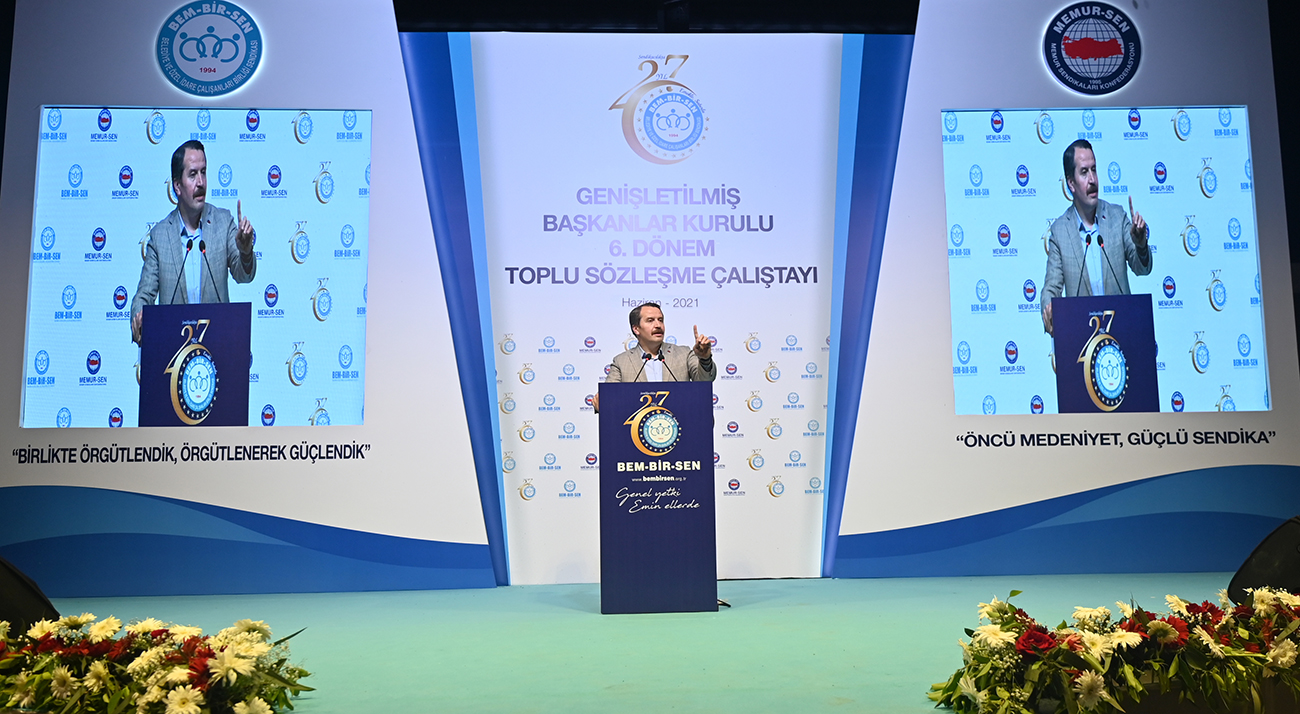 Speaking at the enlarged Steering Committee of the Bem-Bir-Sen organization, Ali Yalçın, president of Memur-Sen, said, "Bem Bir-Sen's exemplary struggle to thwart the pressure and aggression of rival unions following the March 31, 2019 municipal elections will remain etched in the history of trade unionism," he said.

Memur-Sen President Yalçın also said, "With 27 years of struggle, Bem-Bir-Sen is a resilient and powerful organization, despite so many attacks and intimidation, it is a strong organization that continues to grow, as a collective catalyst it has brought forth even more powerful forms of organization." he added. 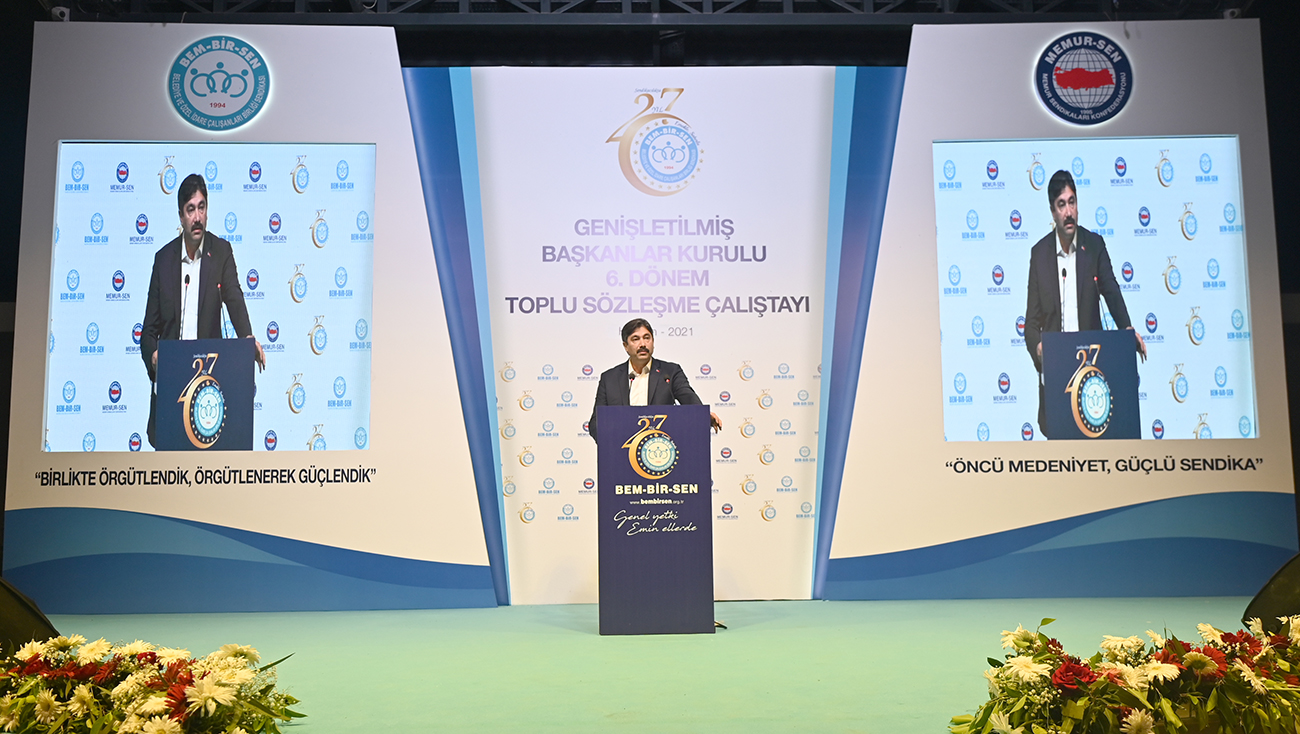 "The public employer must take into account the economic indicators."

Pointing out that the increase in inflation which is strongly affecting the purchasing power of civil servants, Yalçın said, "Civil servants are suffering considerable economic losses knowingly misunderstood by a Government that denies the obvious," he stressed.

Levent Uslu, vice president of Memur-Sen and president of the Bem-Bir-Sen trade union, said, "Public sector workers are no longer able to live with dignity on their salaries, they are being pilloried by inflation.