The first brick of Memur-Sen was laid with the establishment of the Trade Union of Educator on February 14th, 1992. As further trade unions emerged, they united under the Confederation of Public Servants Trade Union (Memur-Sen) on June 9th, 1995.

Memur-Sen was presided by M. Akif İnan, who was elected in the first Plenary General Assembly on June 9th, 1995, until his passing on January 6th, 2000. As a poet, author and philosopher, M. Akif İnan released numerous journals and newspaper articles. Various publishing houses have collected M. Akif İnan's articles and poems into a book. İnan was a pioneer of public servants' trade union establishments in Turkey.

When Fatih Uğurlu resigned from the office on May 3rd, 2003, Dr. Mehmet Aksu was assigned to the presidency in the Executive Board meeting on June 5th, 2003, who was re-elected in the Second General Assembly on May 1st, 2005.

According to the official figures of 2016, all 11 trade unions under Memur-Sen enjoyed this right and the total number of members reached 956 thousand, making Memur-Sen the biggest non-governmental organization in Turkey. With its more than 956.000 members today, Memur-Sen is the biggest confederation with the largest authority that it keeps over all 11 service branches.

Mr. Ali Yalçın was elected to the President of Memur-Sen in its congressional election held on April 18-19, 2015. He also runs the presidency of the Trade Union of Educators. 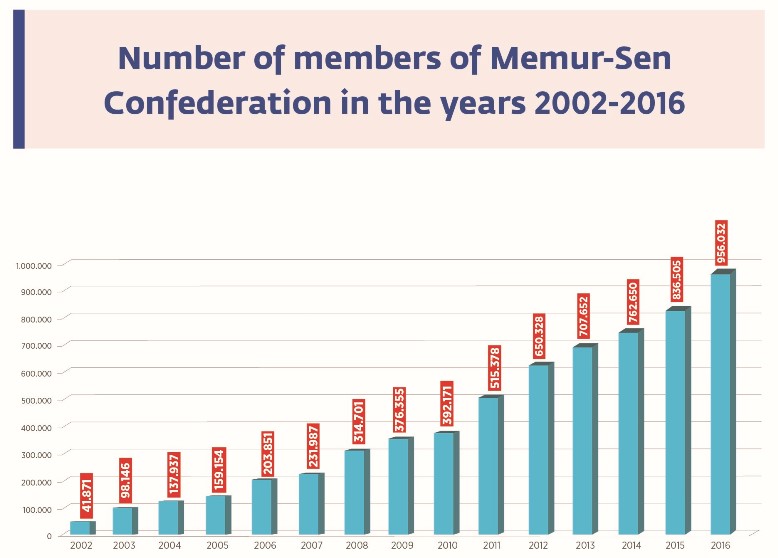 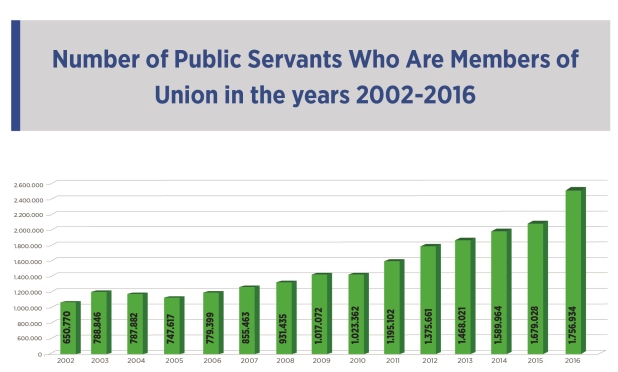 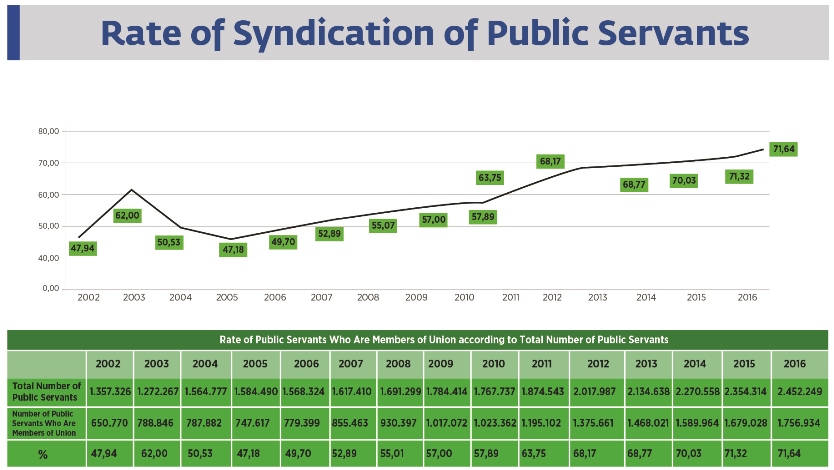 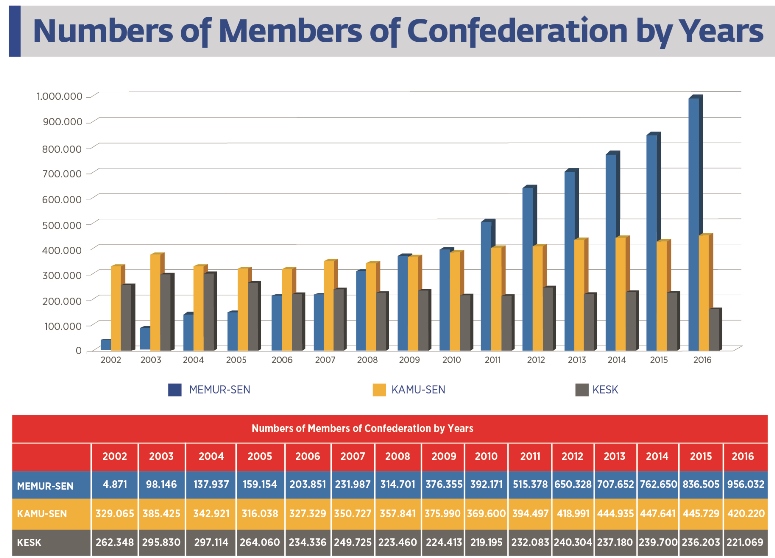