Ali Yalçın, President of Memur-Sen, visited the provinces of Siirt and Batman to evaluate the social progress achieved, especially in terms of remuneration, following the signing of the collective agreements applicable to public employees for the 2022-2023 biennium. 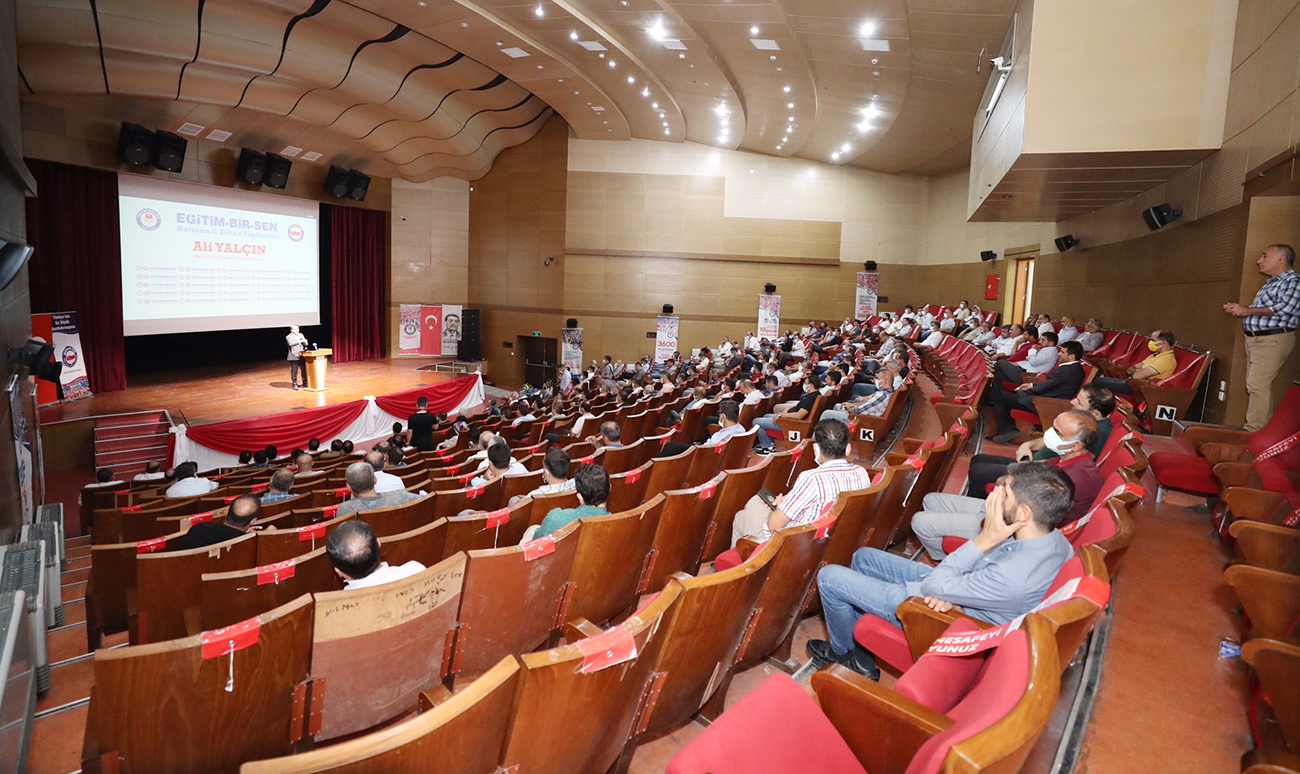 Recalling the many efforts and sacrifices of public employees who saw their purchasing power fall drastically over the period of the previous collective agreements that Memur-Sen had refused to co-sign two years earlier, Yalçın commended the benefits resulting from the current collective agreement and especially the gains achieved through the branch agreements that have raised public employees' salaries by 32 to 40 percent for the next two years, hailing "a viable compromise" that includes "provisions on improvements in terms of allowances and social benefits".

Saying he was "very proud that Memur-Sen knows how to be very firm in negotiation and in the end act on the compromise, when it is positive for the workers," Yalçın said: "In addition to the general salary increase of 5+7% for 2022 and 8+6% for 2023, Memur-Sen has also obtained significant advances in terms of bonuses and allowances for all public employees as well as a commitment from the government on an increase in retirement allowances and an increase in the coefficients of bonuses by grade and level of function, the results of which will be made public no later than during the year 2022. "He said.

On the sidelines of the trade union activities, before continuing his visit to the province of Batman where he met with the Governor of the province, Hulusi Şahin and the Rector of the University of Batman, İdris Demir, Ali Yalçın exchanged with the representatives of different institutions in Siirt, including Osman Hacıbektaşoğlu, Governor of Siirt Province and the Director of National Education of Siirt Province, Deniz Edip.