A national meeting of the Memur-Sen Women's Committee was held in Ankara with the participation of hundreds of women trade unionists. In the programme, which was carried out with great enthusiasm, women members of Memur-Sen affiliated unions met in Ankara. 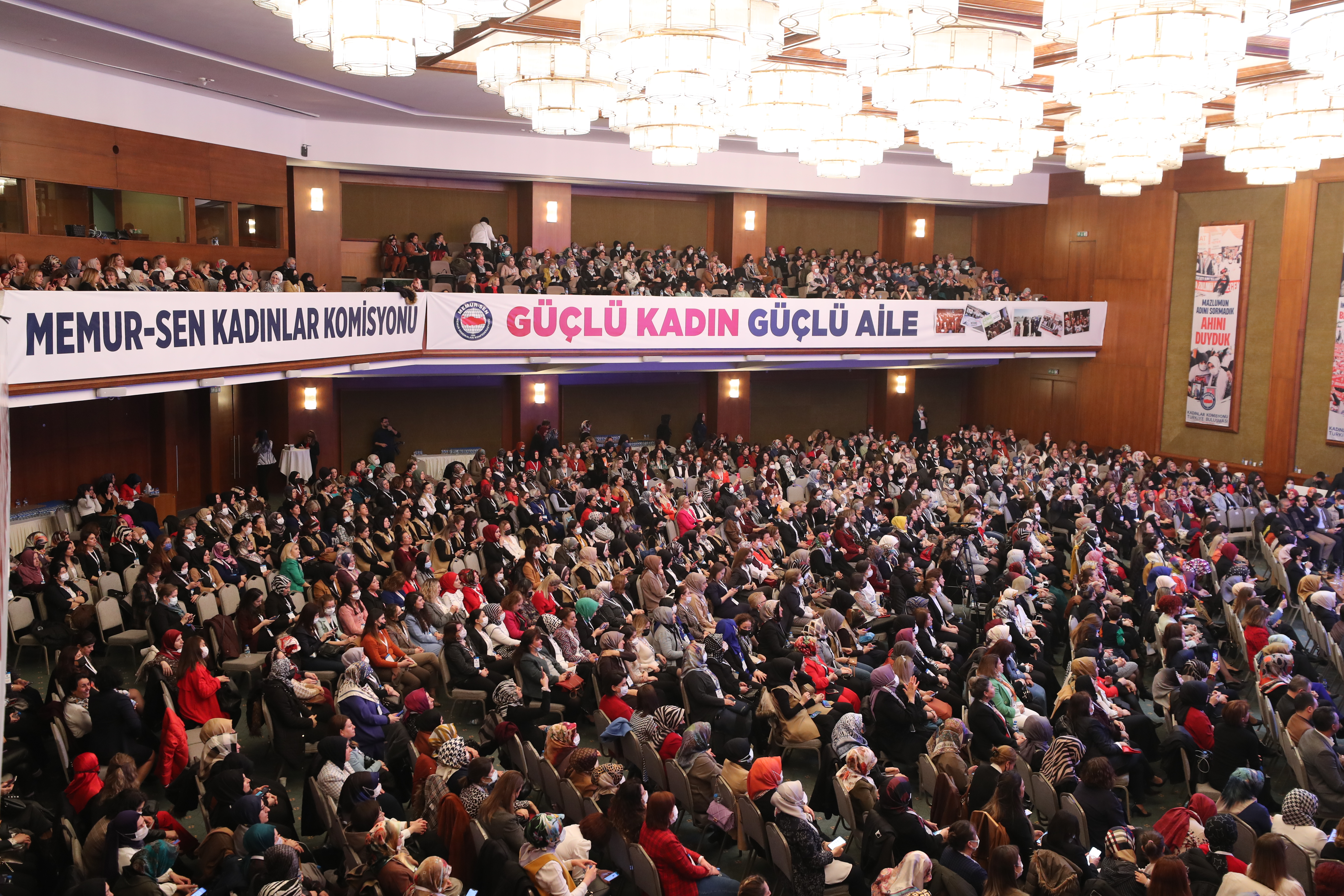 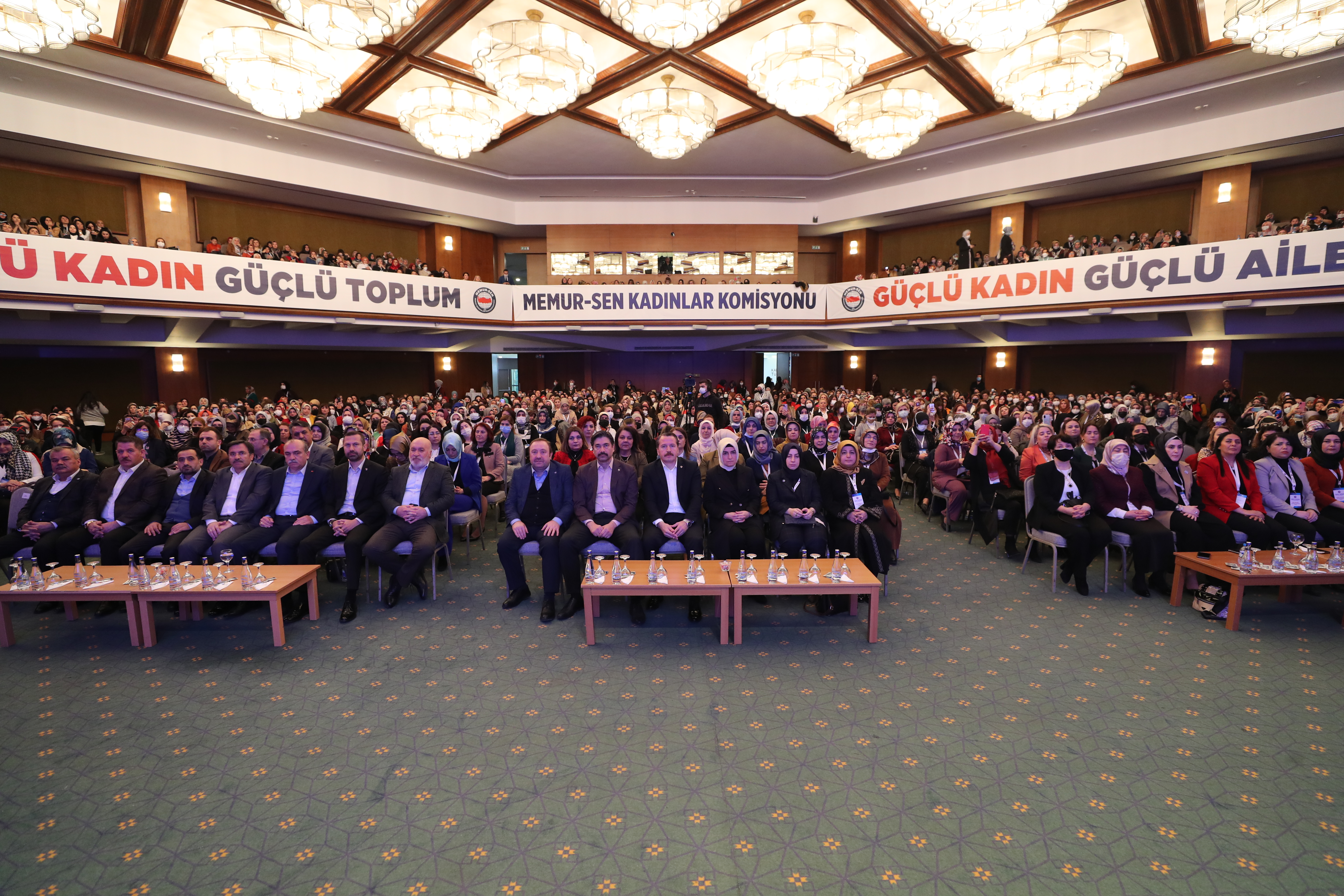 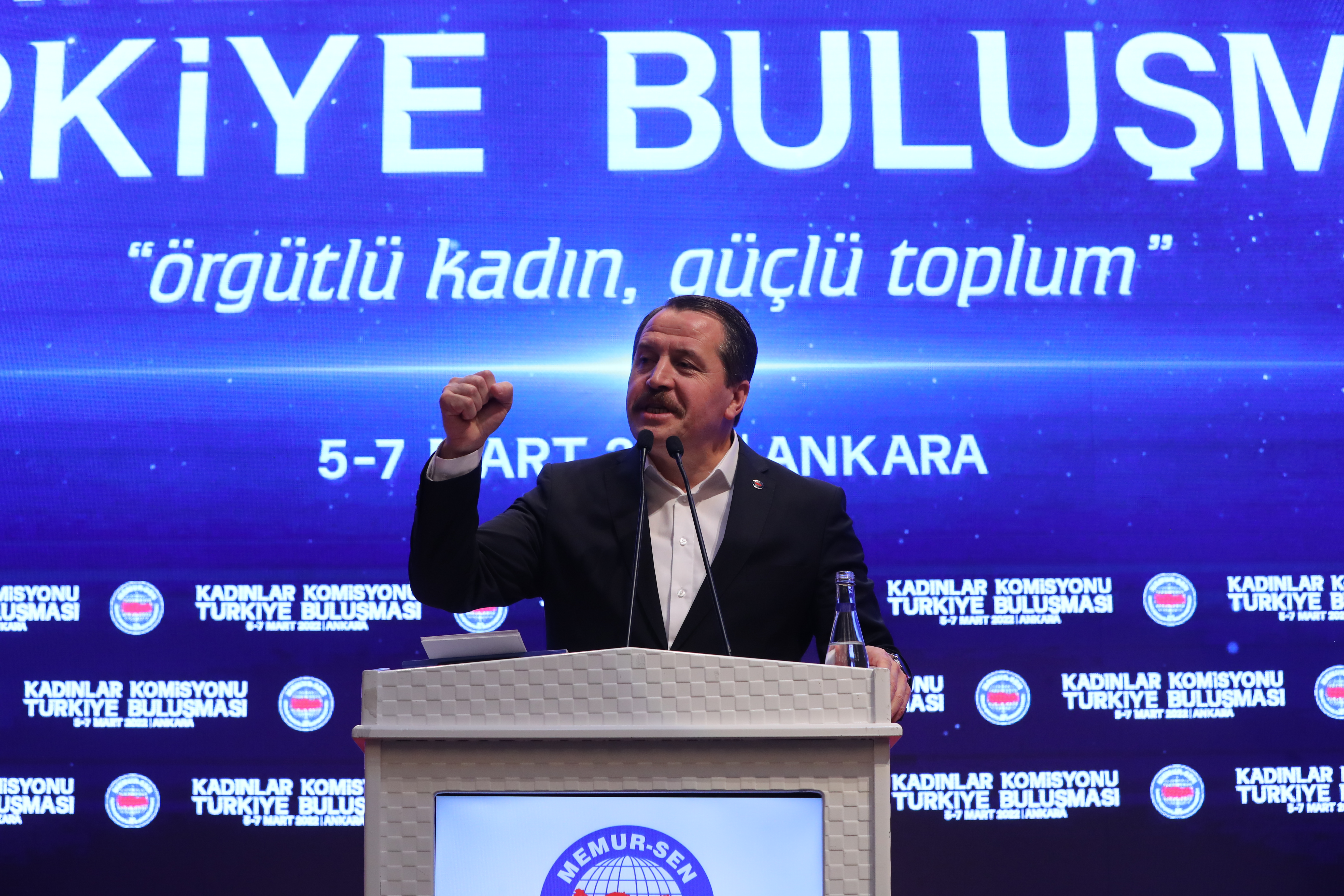 Speaking at the meeting organised by the Women's Committee, the President of the Memur-Sen Confederation, Mr. Ali Yalçın, began his speech by expressing his excitement at the fervour and increased participation of women in the hall: "This is a place where everything is turned upside down and where orientalist and positivist views read the edicts. You have added a voice to the voice of Memur-Sen, which took a strong place in the field of work with a virtuous attitude 30 years ago, embracing the ancient values of civilisation on the ground," he said.

"The direction of our word is clear: it is the word of people who are committed to uplifting workers and humanity, regardless of their race, nationality or religion," Yalçın said. The Memur-Sen Women's Committee has made every effort to support this pledge to this day. 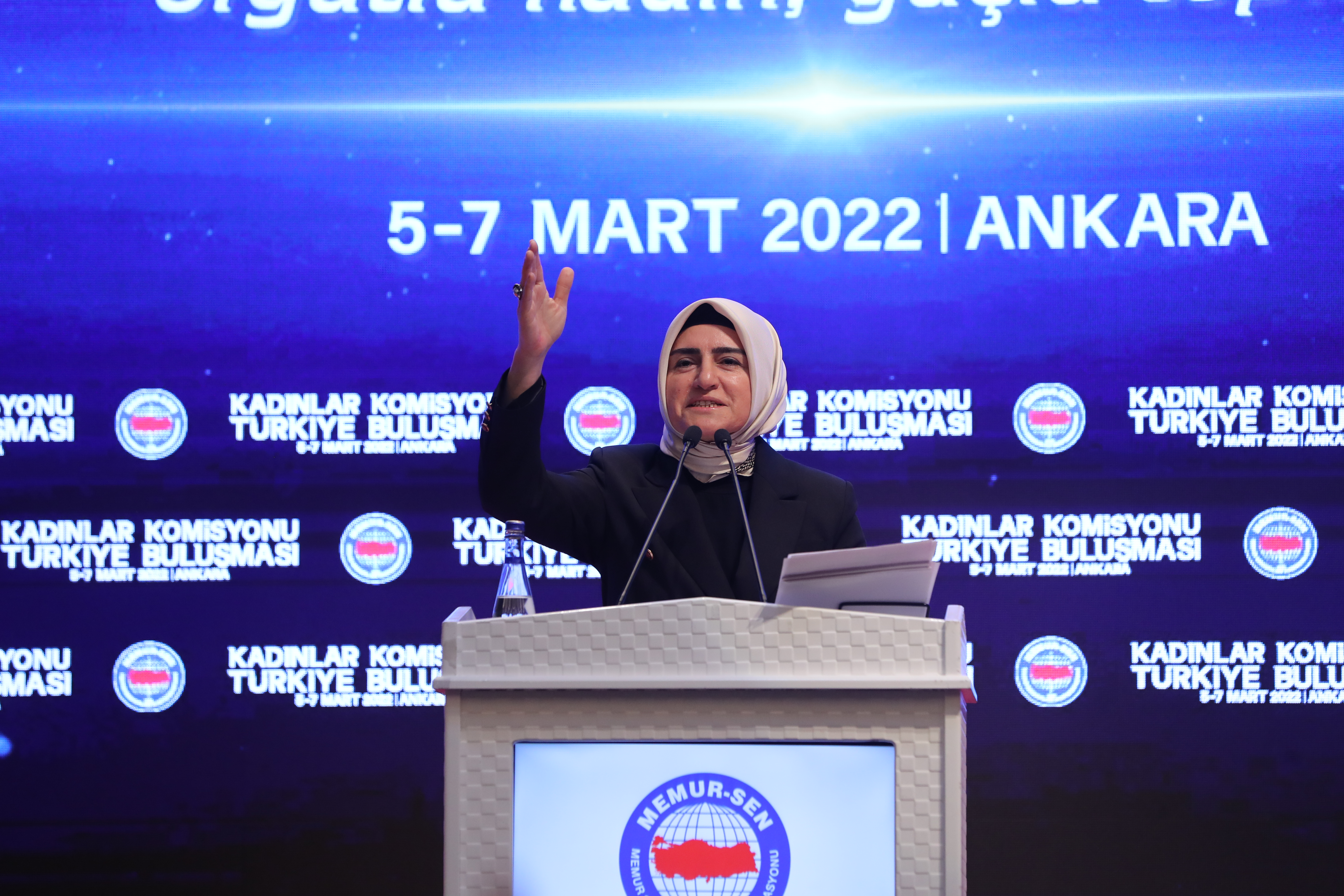 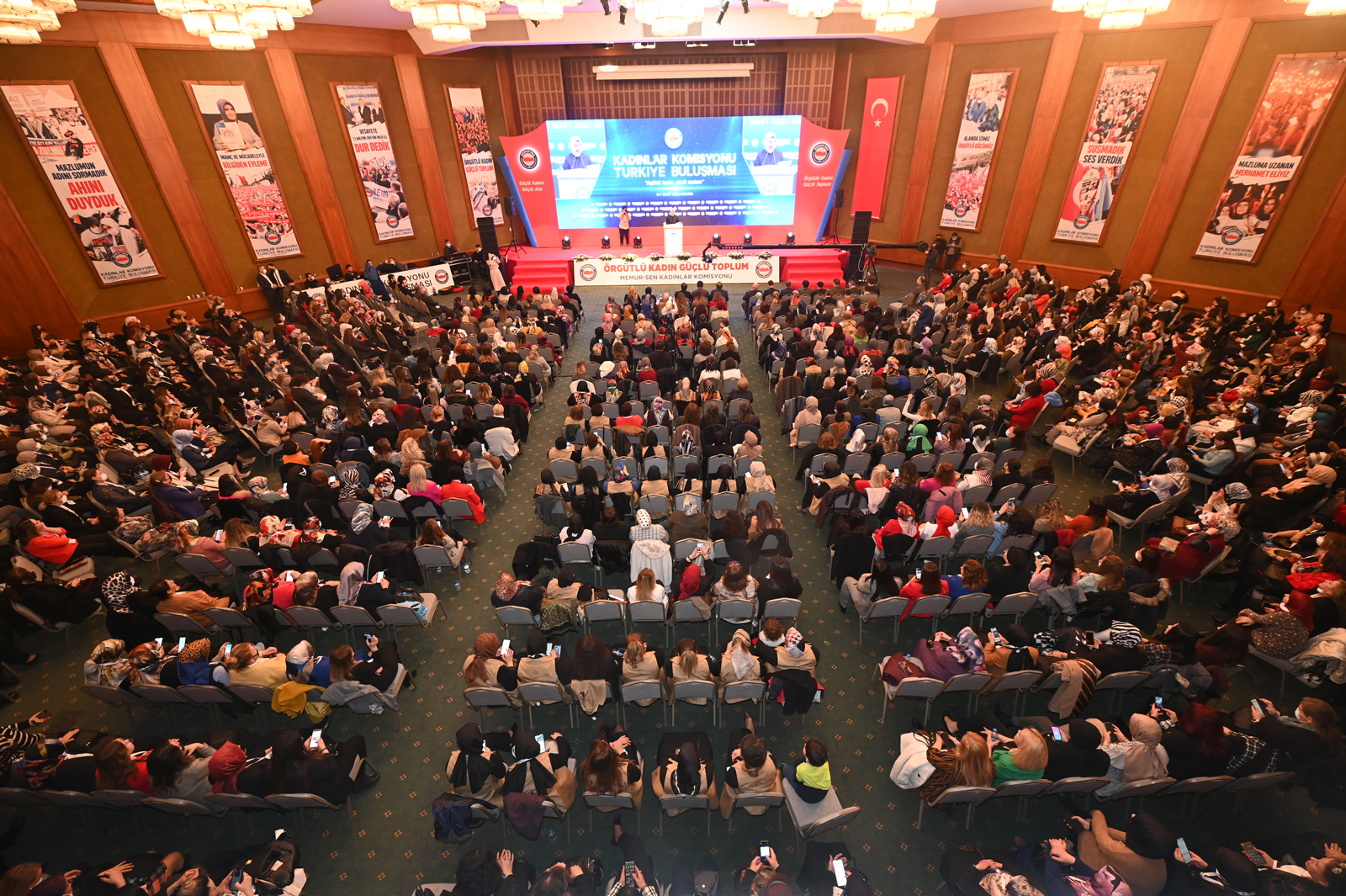 Asserting that the Memur-Sen women's committee is on the ground in every issue on the agenda, whether it is a women's issue or not, Yalçın said, "Our women's committee has taken a seat at the table of representation in all areas. From the constitution to education, from collective agreements to job security, from the unjust world order to wars, from diplomatic games to diplomacy. The Memur-Sen Women's Committee was present at the G-20 summit and at the UN. It stood on the side of the nation against the coup, junta and occupation, which opposed the terror aimed at our country, and took to the streets against the betrayed legionnaires of FETO on July 15." 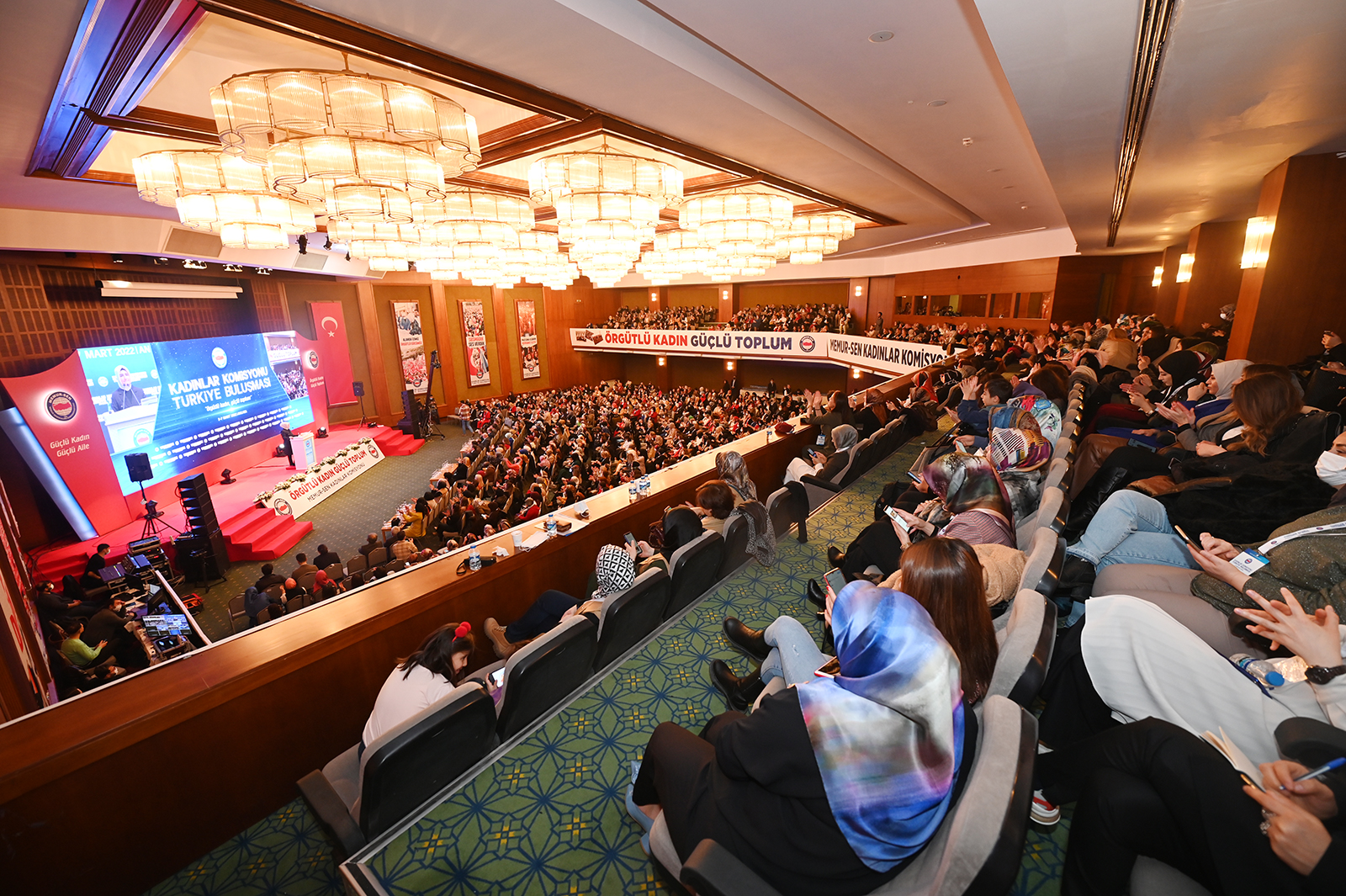 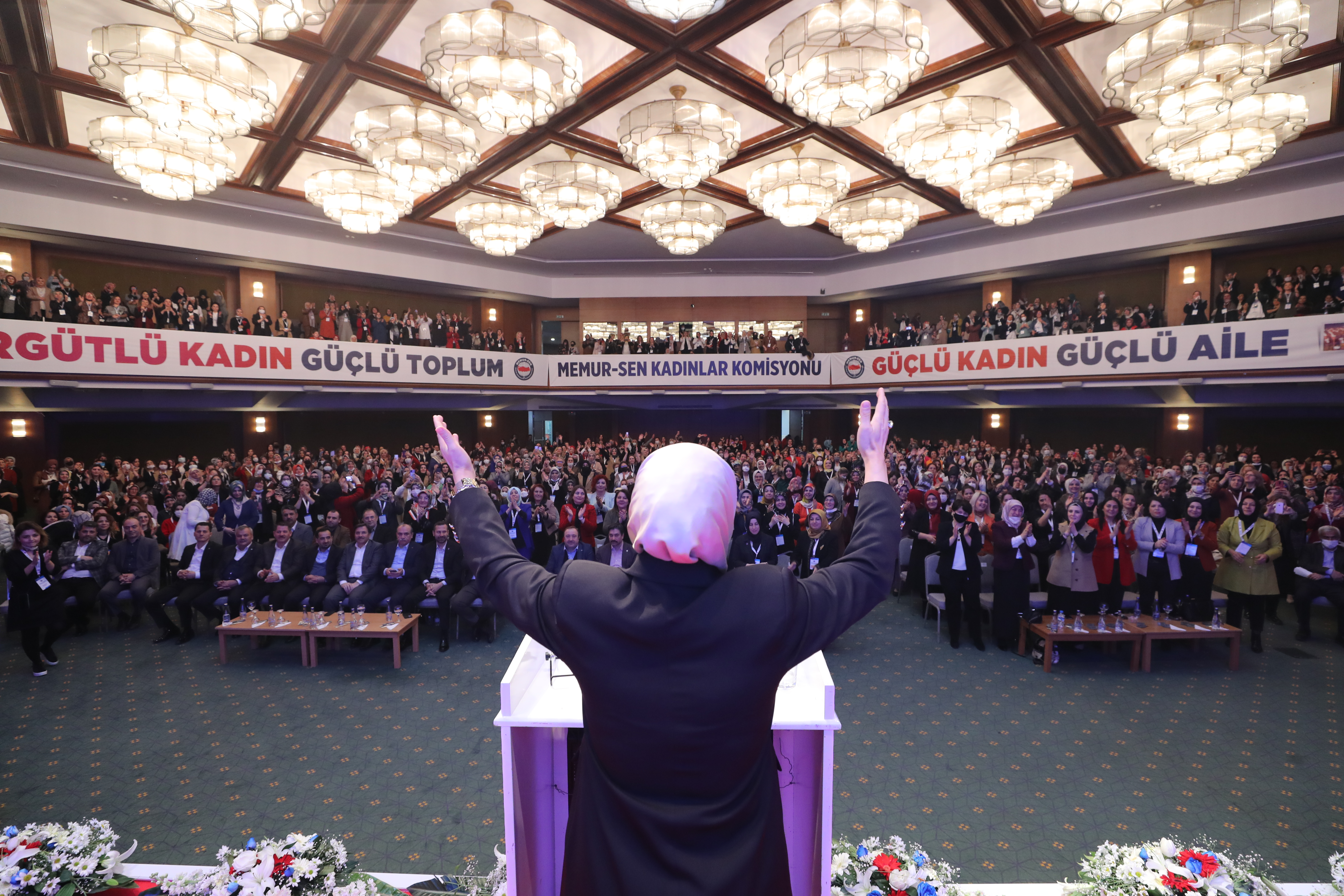 Addressing the female members of the programme, Mrs. Sıdıka Aydın, Chairwoman of the Memur-Sen Women's Committee, stressed that women, who are the subjects of professional life, have realised their dream of leading the trade union struggle step by step, and said, "Today, leading female cadres have become the mission bearers of our quarter-century-old trade union struggle. I am proud to be with you, our esteemed women leaders, who embrace the union struggle and see their union as their second family. Today, we are not only here as the leadership of the Commission on the Status of Women. We stand as faith before the tanks of the treacherous July 15 Coup Attempt, We are the torch that carries the motto ''The world is bigger than 5, labour is above capital'' to trade unionism," she said.

Aydın, as the Memur-Sen Women's Committee; stating that they intended to train future female trade union leaders, drew attention to the fact that the committee has acquired a school function to the point where it is today. Aydın said: "You have studied, you have added new members to our union family by visiting institutions. Your enthusiasm and passion give us hope, your efforts give us strength and make our dreams bigger. As women's commissions, we have fought and continue to fight to eradicate violence and bullying from all working life." 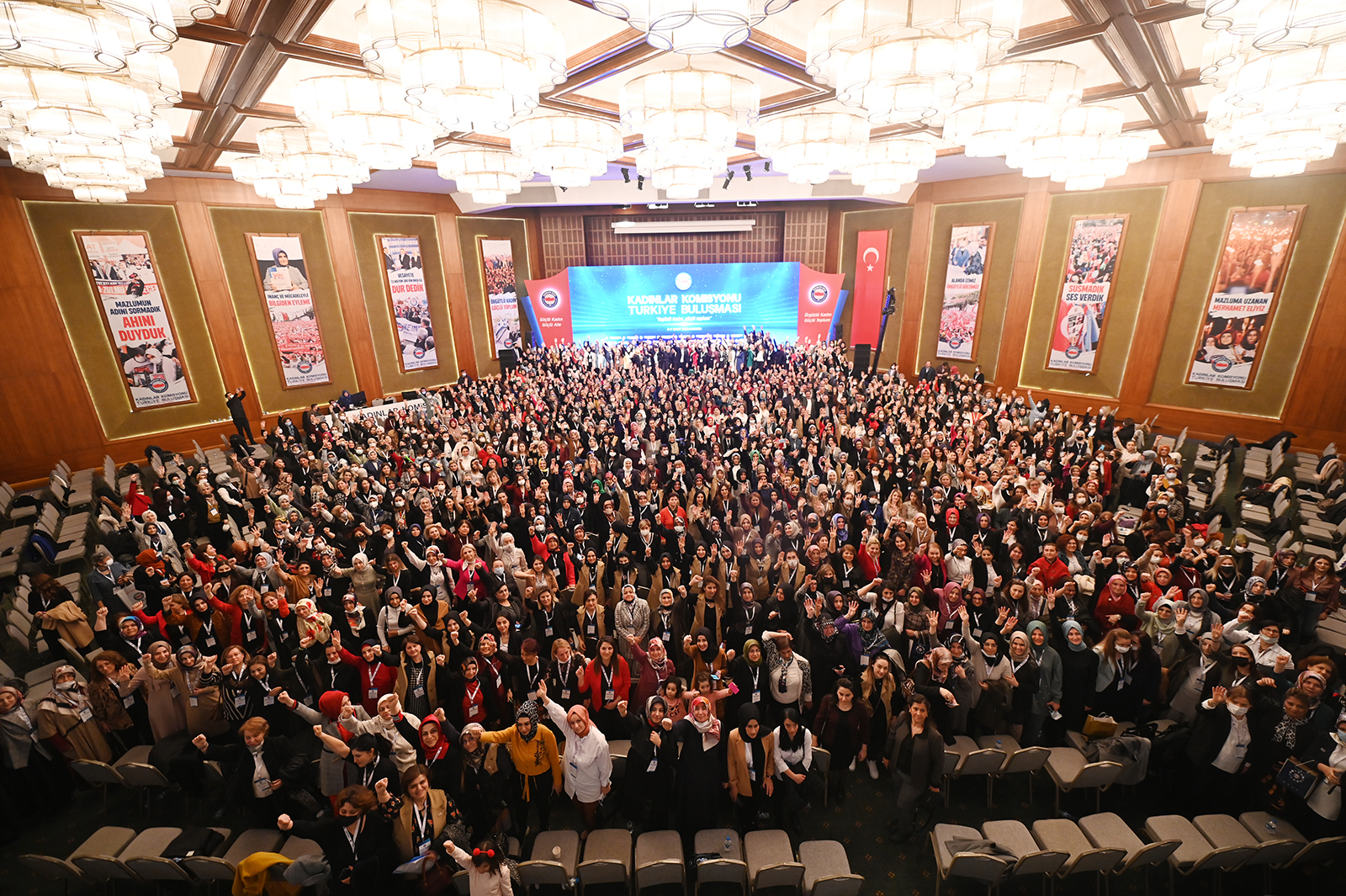 Aydın said, "The founding codes of Memur-Sen, the largest trade union organisation in Turkey, aim to be beneficial for the members in particular, the country in general. The reflection on our organisation is the struggle for the benefit of women in particular and all humanity in general. With this awareness, we will carry our Women's Commission ever higher and assume our responsibility in the coming period," she concluded.