Memur-Sen has presented its proposals for the next collective agreements

In view of the upcoming collective negotiations for the years 2022-2023 (6th collective agreement), Memur-Sen has prepared and presented a report with the aim of improving the working conditions, wages and salaries of civil servants. On this occasion, Ali Yalçın requested a 21% increase for 2022 and 17% for 2023, which means a total salary increase of 38% for the next two years. In addition, as an exceptional measure, President Yalçın demanded a 6% increase in salaries in order to compensate for the loss in purchasing power that comes from the very insufficient salary increase obtained by arbitration award, as a result of the 5th collective agreements (2020-2021 period) that Memur-Sen had refused to co-sign. 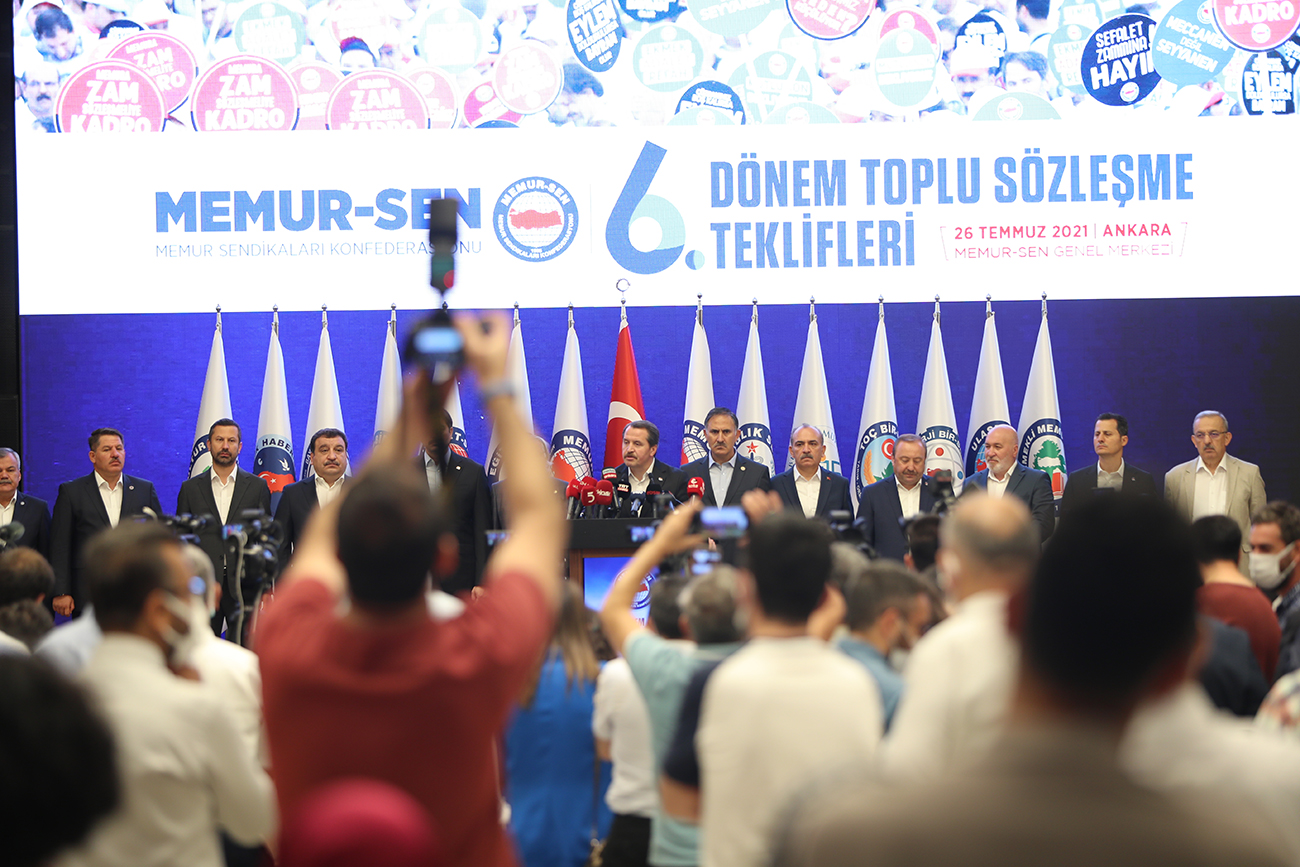 Speaking at the Memur-Sen headquarters, President Ali Yalçın stressed the importance of the right to collective bargaining: "While at the same time, at the international level, the practice of dialogue tends to grow, the dominant unilateral practice does not allow for effective dialogue," he said.

The future collective agreements will cover working conditions and employment as well as social guarantees for 6 million civil servants, including 2 million retired employees. This means that in total, together with their families, more than 20 million people are affected. Yalçın added: "The public employer should not remain impervious and indifferent to the demands of public sector workers, nor should it hide behind the excuse of 'public budget constraints'; on the contrary, it should prove its commitment to the collective bargaining process, which should be seen as useful, fair and effective, in line with the objective of social welfare," he said. 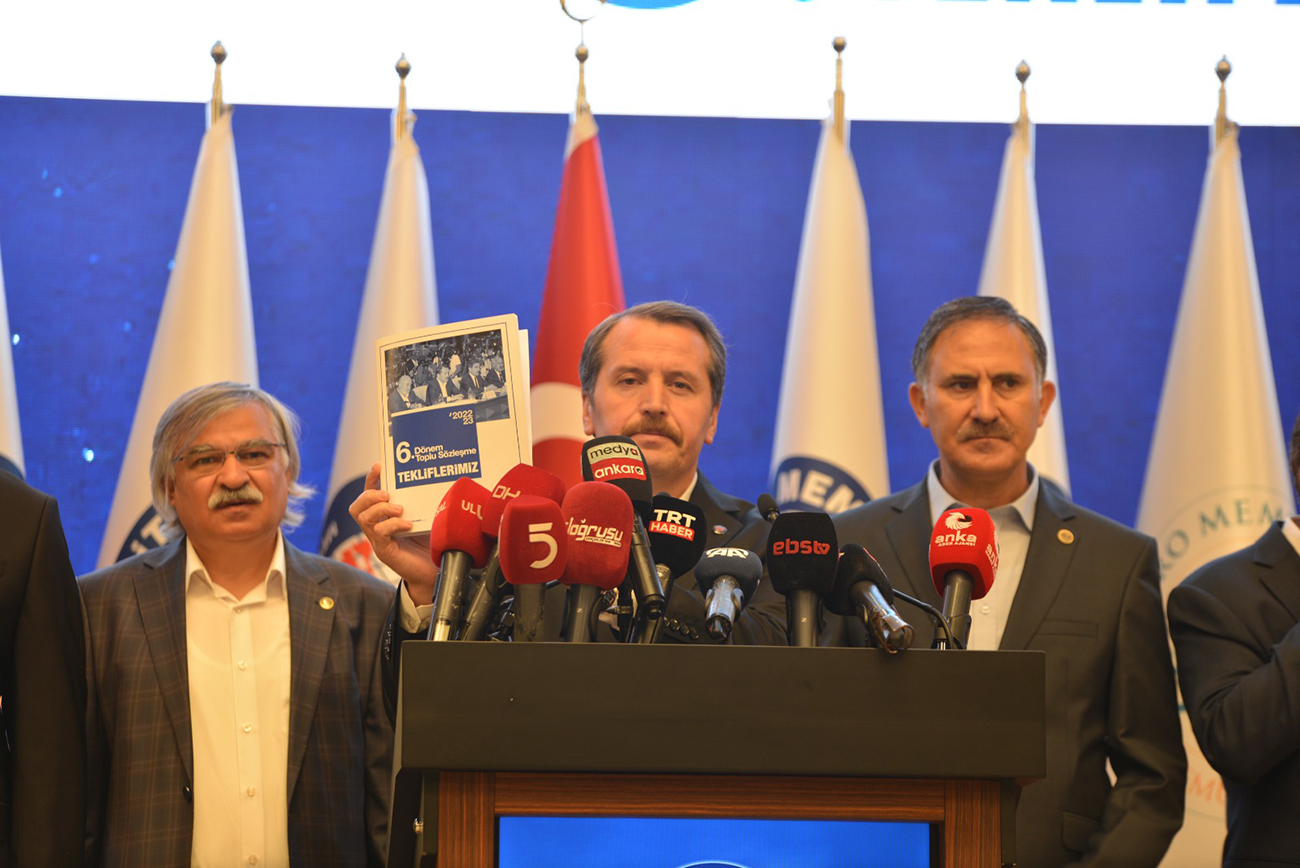 Pointing out that the Memur-Sen Confederation had invited 2 other confederations to form a common front in the collective bargaining process, Yalçın said, "We worked together on proposals with the Kamu-Sen Confederation, which responded positively to our invitation."

Memur-Sen, in addition to the 40 proposals already communicated, will present 51 new proposals, making a total of 91 proposals.

Below are the main points of the Memur-Sen proposals:

1- Inflationary pressure on wages must stop, wages should be increased by 38%. To avoid the destructive effect of inflation, the inflation gap should be reflected in salaries from the month when the inflation rate exceeds the rate of salary increase. 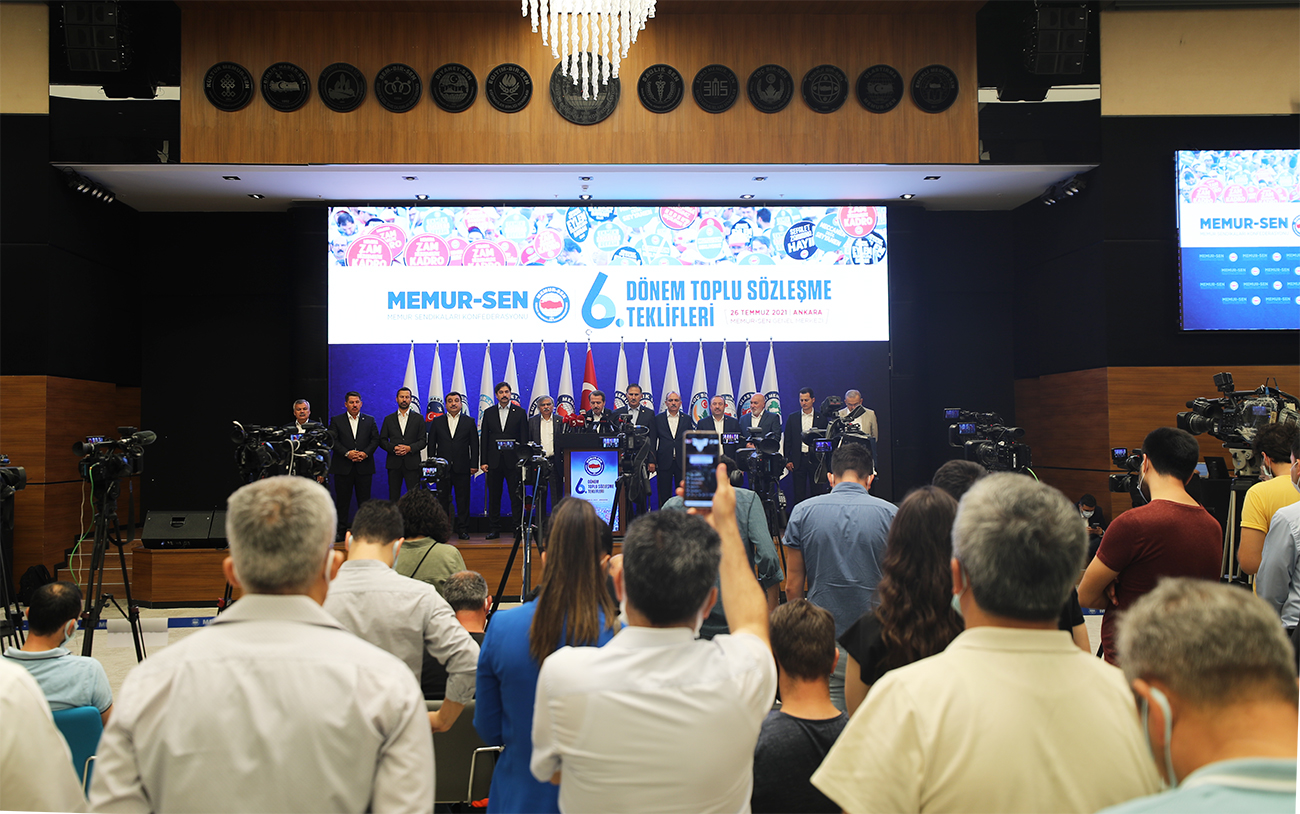 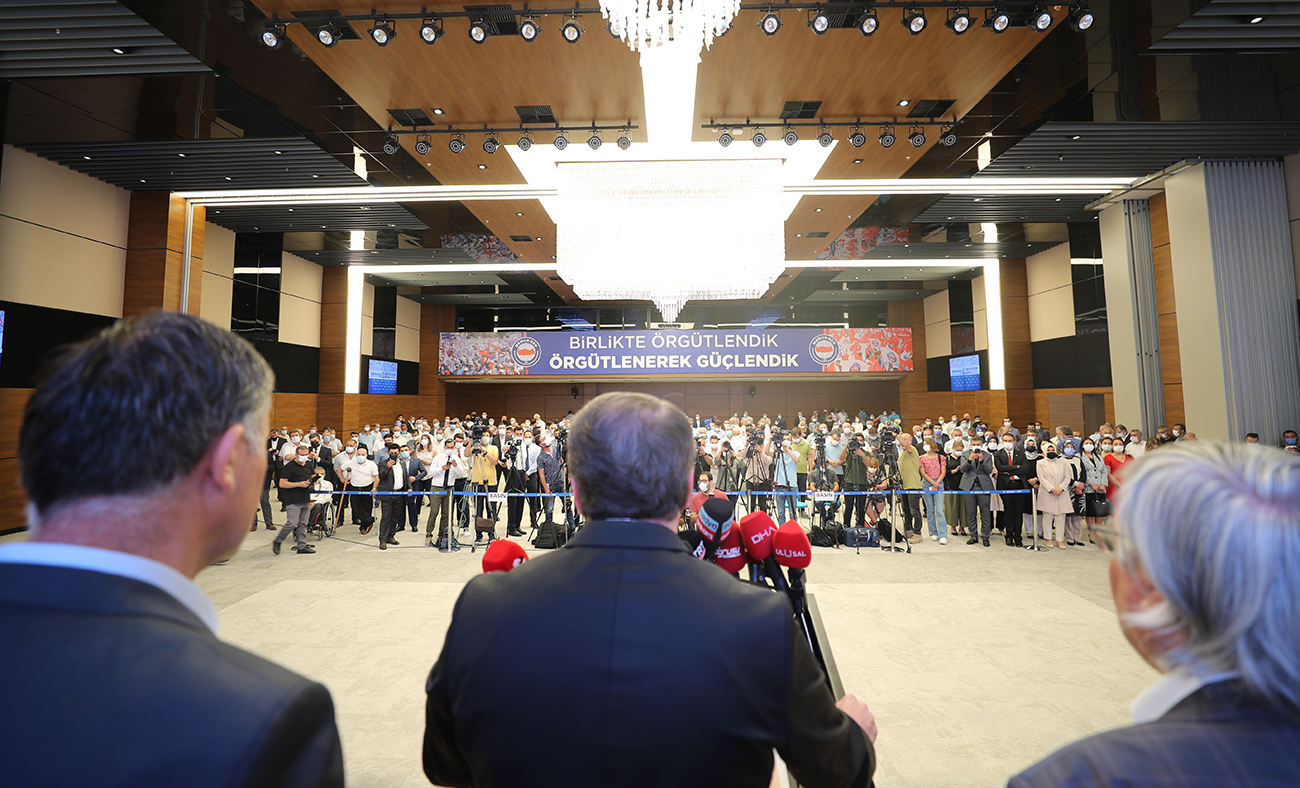 b) Daycare service or alternatively daycare allowance should be granted in the amount of 980 TL. 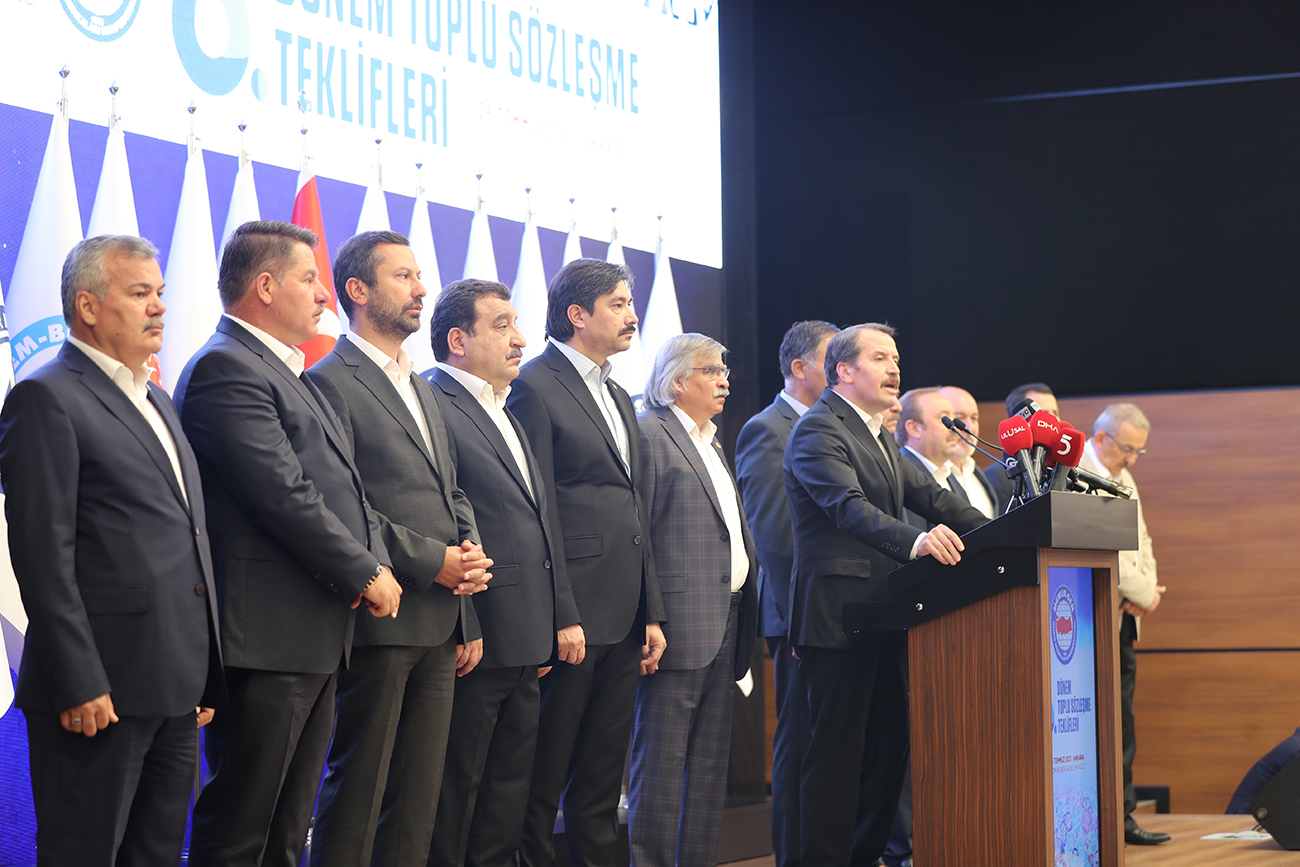 15- Retired civil servants should continue to enjoy the rights and benefits during the periods in which they worked, and should be allowed to maintain their affiliation with the unions. Retired civil servants who are not affiliated should be able to become members of the unions of the branch of service of the last institution/organization in which they worked.

16- The expectations of disabled civil servants must be taken into account and their rights must be established within the framework of positive discrimination. Daily and weekly working hours should be determined differently. 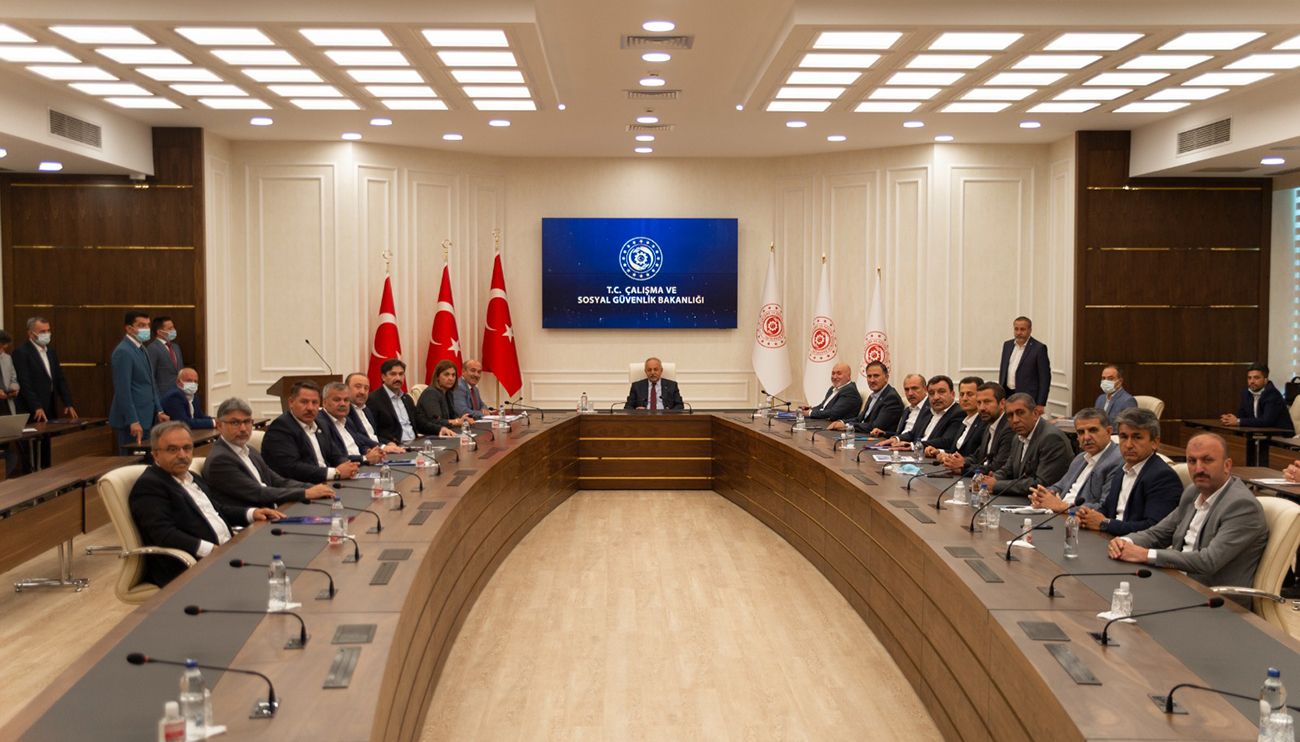 21- The maintenance of the ban on membership in political parties and the ban on the right to strike infringe on the individual freedoms of civil servants; these constraints must be lifted as soon as possible. 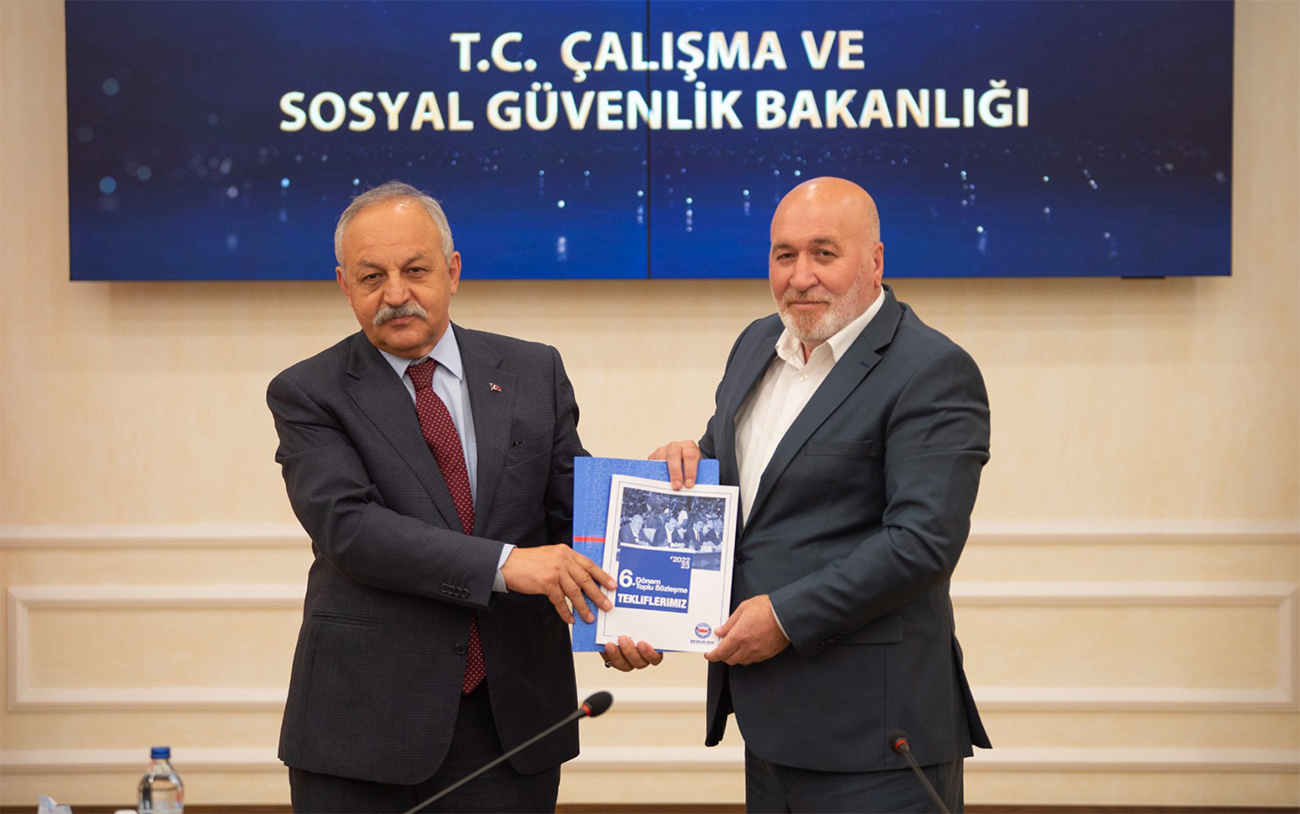