The last meeting of the Advisory Council of the Civil Service of the year 2021 was held by videoconference within the framework of the sanitary measures still in force due to the pandemic. 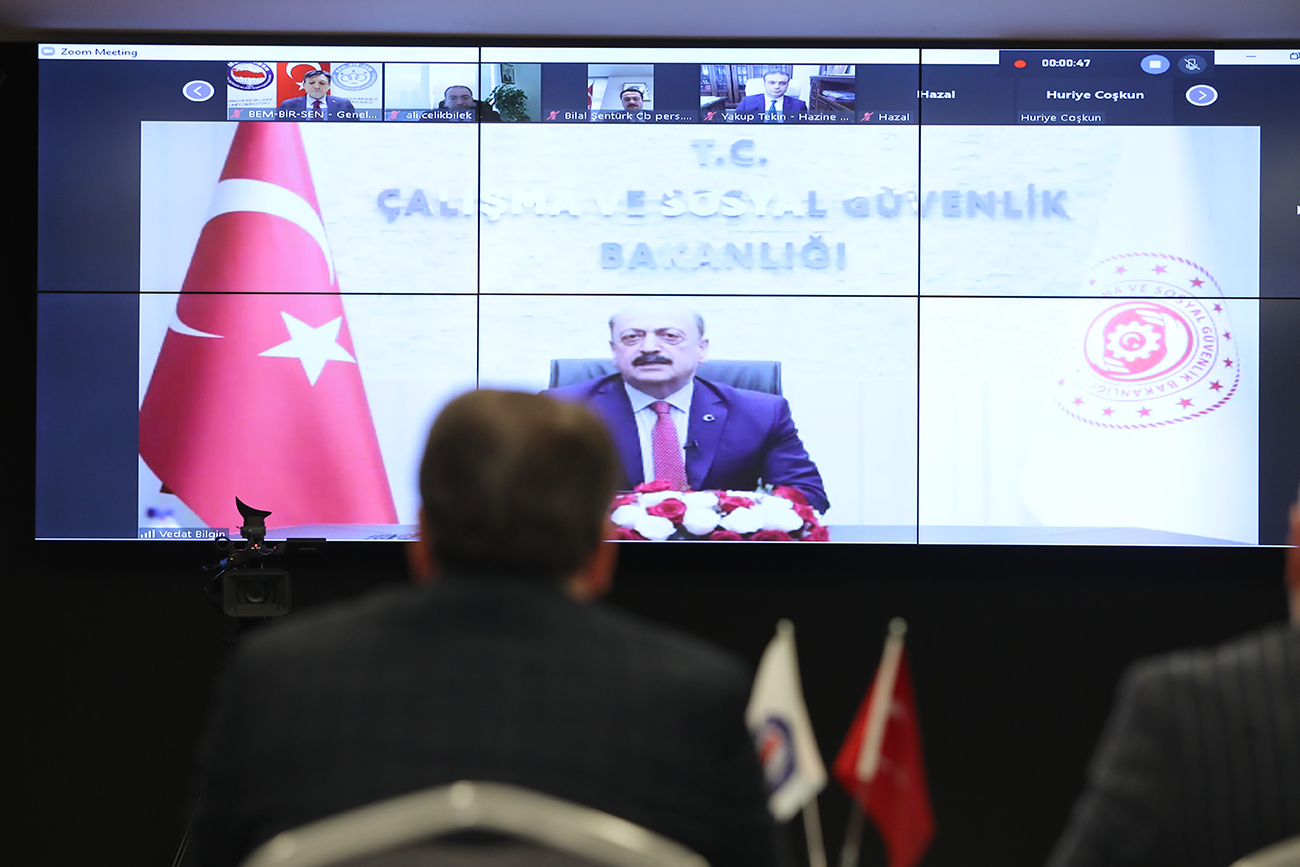 The last meeting of the 2021 Civil Service Advisory Council was held by video conference with the participation of Vedat Bilgin, Minister of Labor and Social Security, Ali Yalçın, President of Memur-Sen, the leaders of the 11 trade unions affiliated to Memur-Sen and the officials of the concerned administrations.

Speaking at the opening of the meeting, Minister of Labor and Social Security Vedat Bilgin said, "While the devastating effects of the pandemic continue on the world's economies, Turkey continues to fight the pandemic with its strong production-oriented infrastructure."

Bilgin added that the pandemic has severely affected the economy as well as the country's healthcare spending, "In many European countries, supply chains have been disrupted. Transportation between Europe, China and India, which are the most important centers of international trade, has been damaged. All of these are serious threats to the economy. We see that this crisis has had a huge impact on developed countries like the United States. It was unthinkable that such a crisis would not affect Turkey. Despite this, Turkey's geographical proximity to Europe has put us in an advantageous position. Turkey has a dynamic and productive economy. This wealth has allowed Turkey to transform itself and continue to produce," he said. 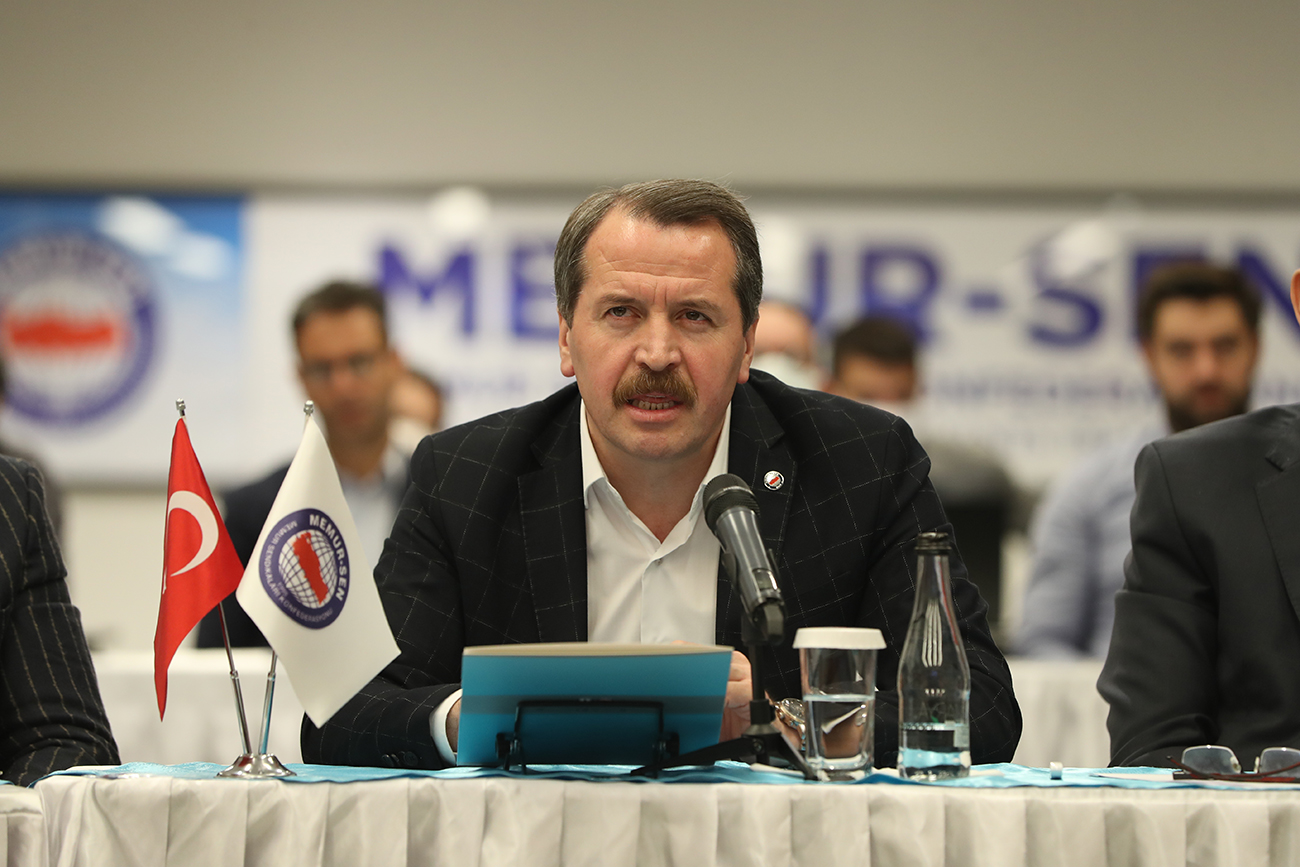 Referring to the criticism that Turkey does not have a production economy, Bilgin said, "It is not possible for Turkey to grow without production. Sustainable growth depends on production. Of course, we have problems and the dollar exchange rate is one of them," he said.

According to Central Bank surveys, the year-end inflation rate was revised from 16.64% to 19.31%. In addition, very large increases were recorded in the prices of basic foods such as fruit and vegetables, transport prices and many expenses. These data show that the purchasing power of public employees has decreased drastically and that they are worried.

In this context, the Memur-Sen confederation asks the Government to take urgent measures to rebalance the loss of purchasing power of public agents:

As a representative confederation, we call on the Government to consider solutions to the recurring problems, mentioned below.

1- A reform of the law n°4688 is necessary, its scope and the duration of the collective negotiations are insufficient to meet the needs and expectations of public agents.

2- Stop the use of contractual staff.

3- The revalorization of the maximum ceiling of the departure bonuses and the retirement pensions must be applied to all the workers of the public service without omitting the contractual employees, in an inclusive and equitable way. 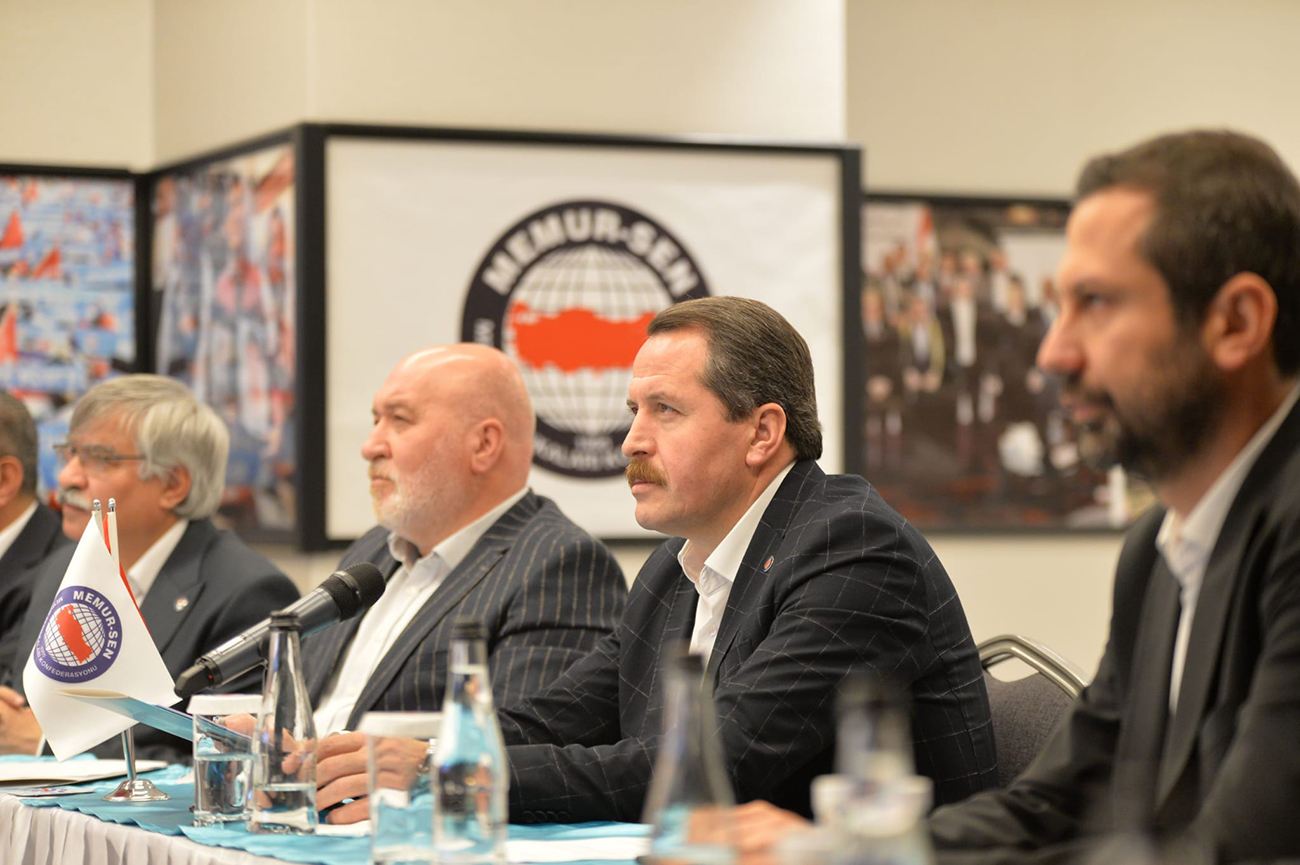 5- Outsourcing in the health sector should be stopped immediately.

7- Competitive examinations for hiring and promotion should be organized periodically

9. Prohibitions on dress and dress regulations should be abolished