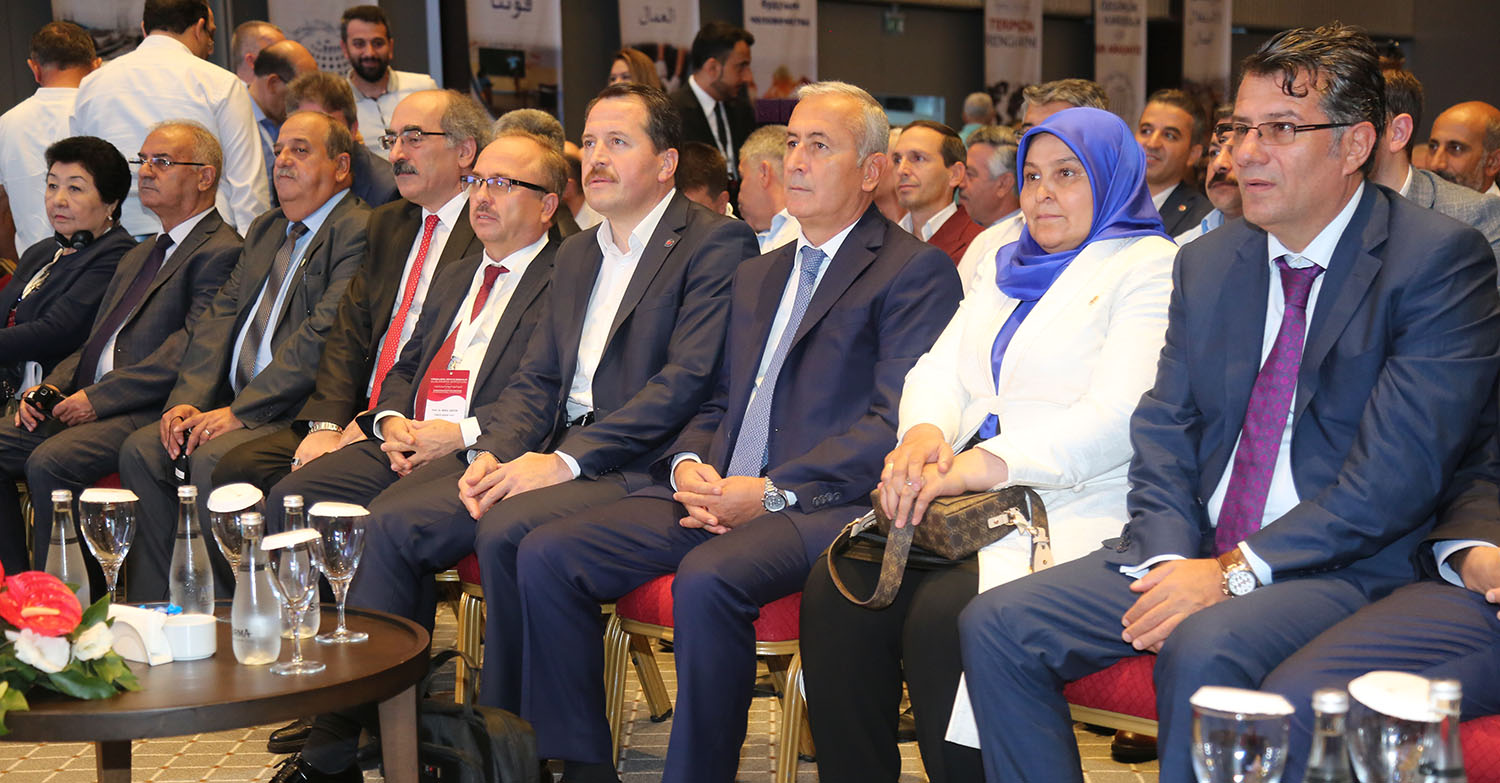 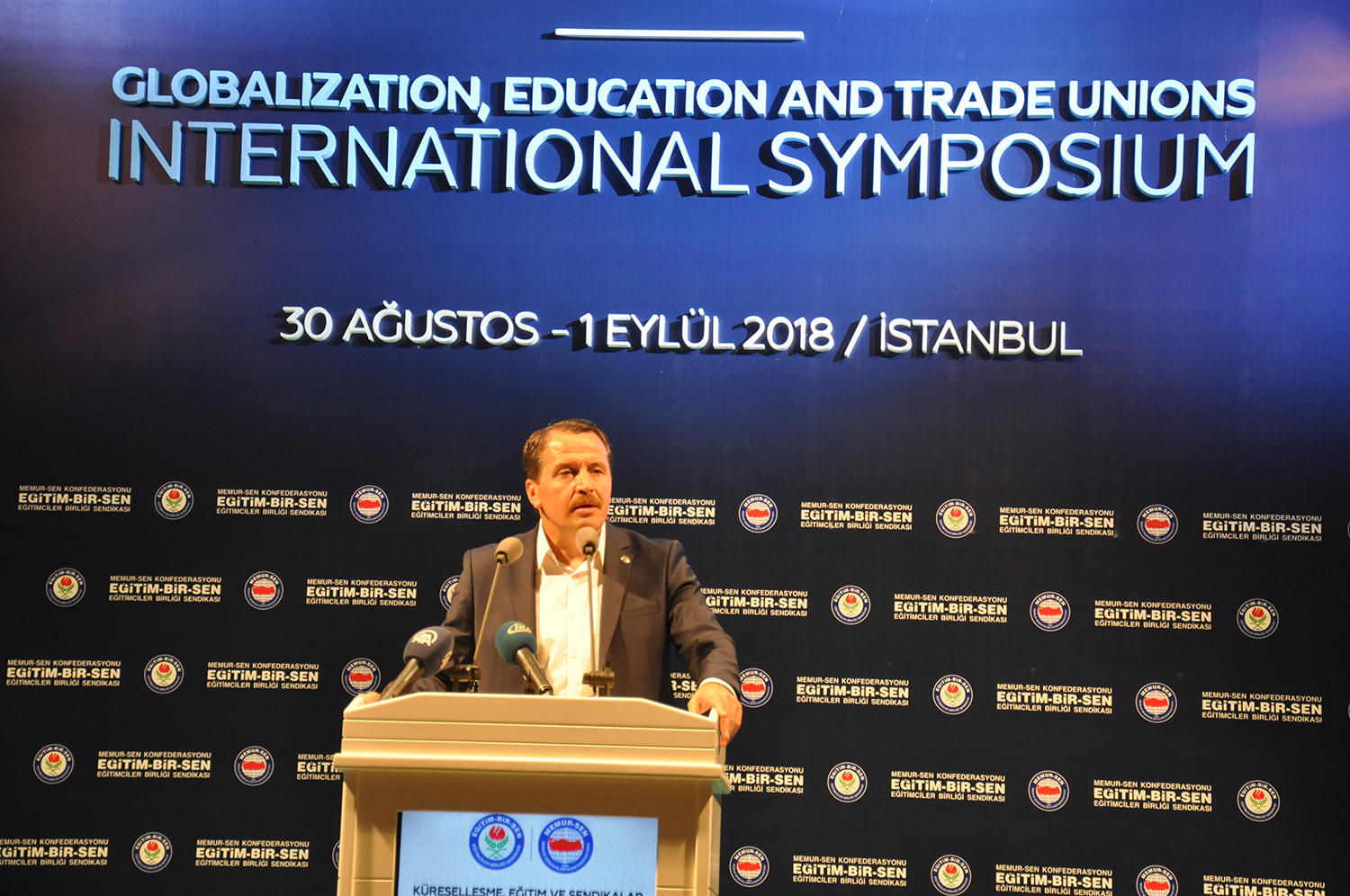 The first day of studies divided into two sessions started with the theme: "The effects of globalization on education". The session was moderated by Professor Dr. Mehmet Barca panellists are; Dr.Unifah Rosyidi, William Sossion, Martin Romer, Jamal Houssami and Yosra Saed Agil.

The second session dealt with the theme: “Globalization of Education and Trade Unionism". The session was moderated by Prof. Dr. Birol Akgün and was attended by the following panellists: Latif Selvi, Maria Amantayeva, Julio Durval Fuentes, Hisham Nimer Mosttafa.

The second day of the symposium was composed of 4 workshops on the following topics:

4- New trends in the education sector and unions

The international symposium concluded with the adoption of the Final Declaration and the signing of bilateral cooperation agreements.

The symposium, which was attended by 175 trade union leaders from 77 countries, ended with a gift ceremony and the traditional family photo.