First meeting of the 6th round of collective bargaining held

The first meeting within the framework of the 6th session of collective bargaining, which directly affects nearly 4 million active civil servants and nearly 2 million retired civil servants was held on Monday, August 02. The meeting was attended by Vedat Bilgin, Minister of Labor and Social Security, Ali Yalçın, Chairman of Memur-Sen, leaders of Memur-Sen affiliated unions, representatives of the Public Employers Committee and representatives of various public sector confederations 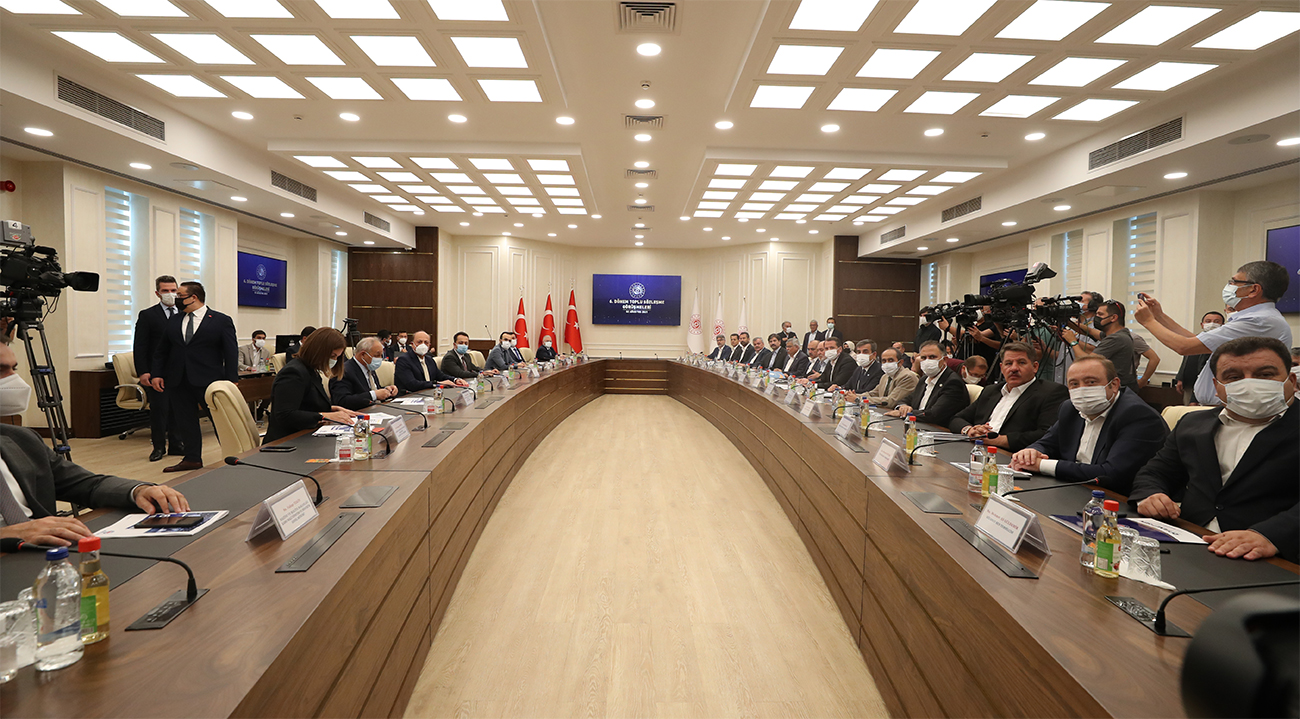 Speaking as trade union lead partner, Yalçın, President of Memur-Sen, expressed his expectations from the negotiation process: "As a true lever for competitiveness, growth, employment, public performance and social progress, collective bargaining must enable the realization of decent work and harmonious labor relations, which is why we must prioritize a rich and peaceful social dialogue," he stated.

Adding that: "The public employer should not remain impervious and indifferent to the demands of public sector employees, nor hide behind the excuse of "public budget constraints", it should instead demonstrate its commitment to the process of collective bargaining that should appear as useful, fair and effective, in accordance with the objective of social welfare," he said.

Referring to Memur-Sen's proposals, Yalçın said, "Although the Turkish economy has registered strong growth, this growth has not benefited everyone evenly. Indeed, the increase in wages and salaries of civil servants has remained well below the observed real inflation rate, but the government does not seem to want to follow a proactive logic," he said.

Recalling that the Turkish economy is in a good position to return to dynamic and sustainable growth, Yalçın said, "Public employees should receive a higher share of productivity gains, in the form of wages, which in turn can promote an increase in productivity and increase demand in the economy," he said.

Pointing out that the living conditions of civil servants had deteriorated significantly, Ali Yalçın said, "The Memur-Sen confederation has demanded a 21 percent wage increase for 2022 and 17 percent for 2023, a total of 38 percent. As a reminder, two years earlier, Memur-Sen had refused to co-sign the previous collective agreements, which were sanctioned in favor of the Government by arbitration award. The government's intransigent position towards public employees has resulted in unprecedented economic suffering for public employees", adding that: "For this reason, we have requested a compensatory increase of 600 TL/month for the losses incurred during the period of previous collective agreements. 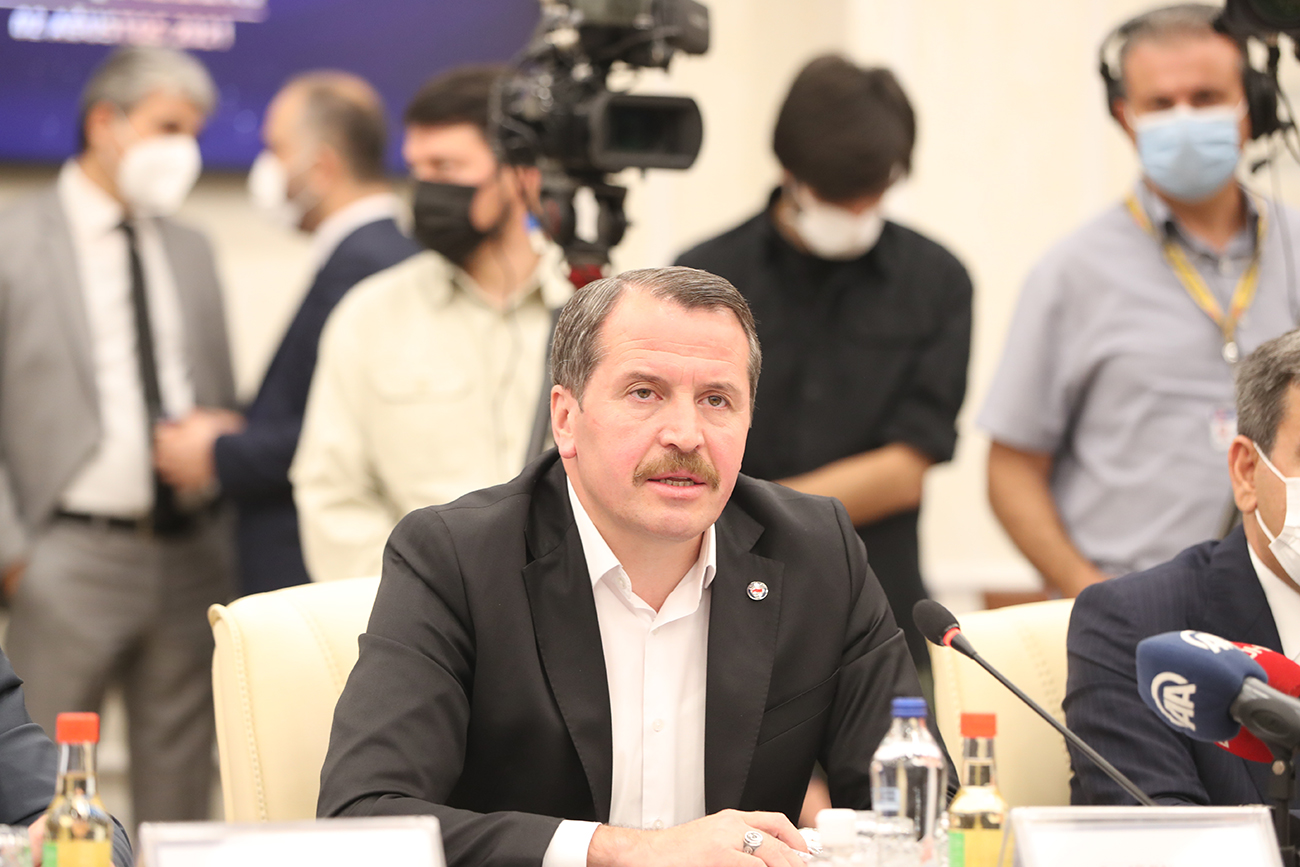 Below are the main Memur-Sen proposals: 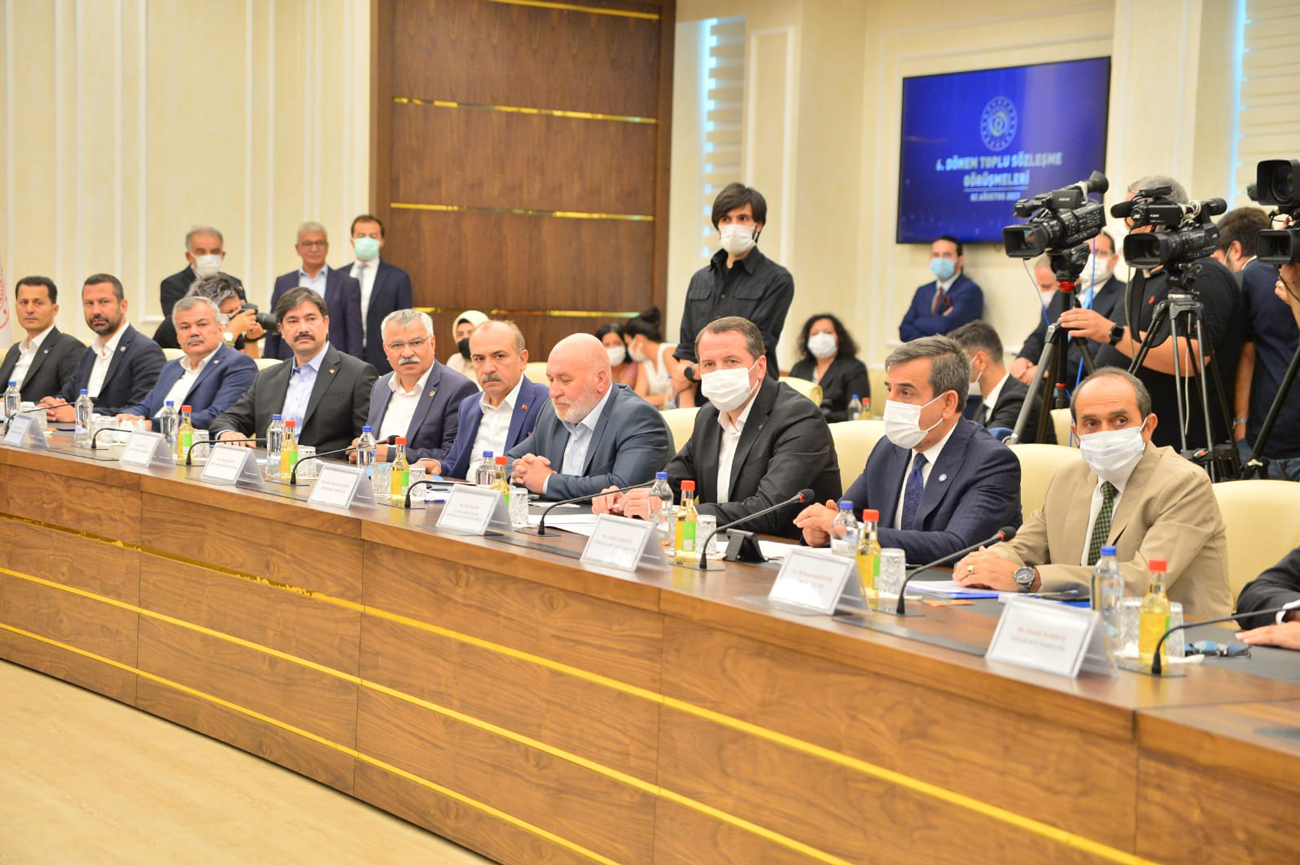 b) A day care service or alternatively a day care allowance equivalent to 980 TL should be provided. 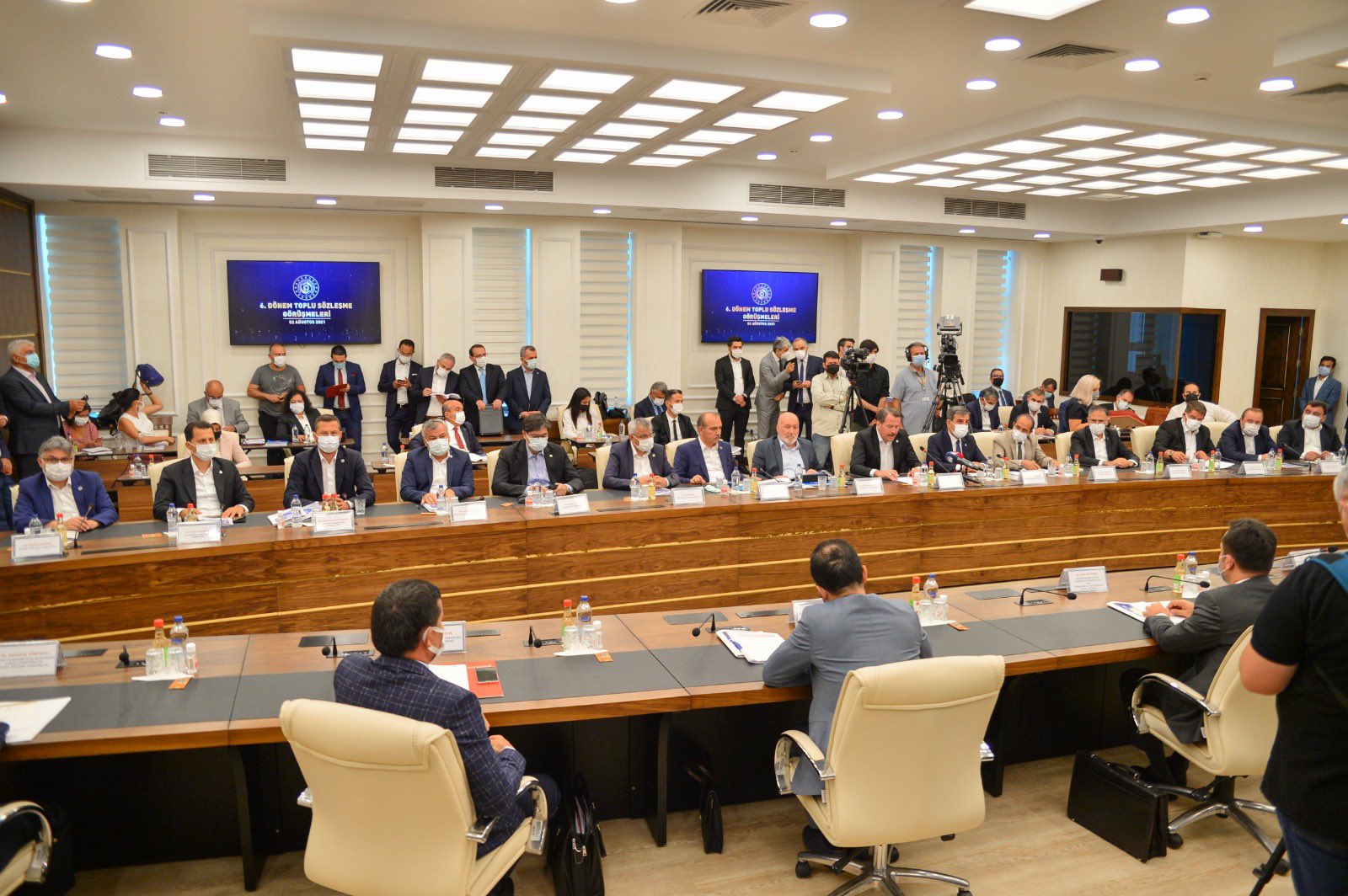 14- Existing contractual staff should be transferred to the general administrative services class and contractualization should be abolished.

15- Retired civil servants should continue to enjoy the rights and benefits during the periods they worked, and should be allowed to maintain their affiliation with the unions. Retired civil servants who are not affiliated should be able to become members of the unions of the branch of service of the last institution/organization in which they worked.

16- The expectations of disabled civil servants must be taken into account and their rights must be established within the framework of affirmative action. Daily and weekly working hours should be determined differently. 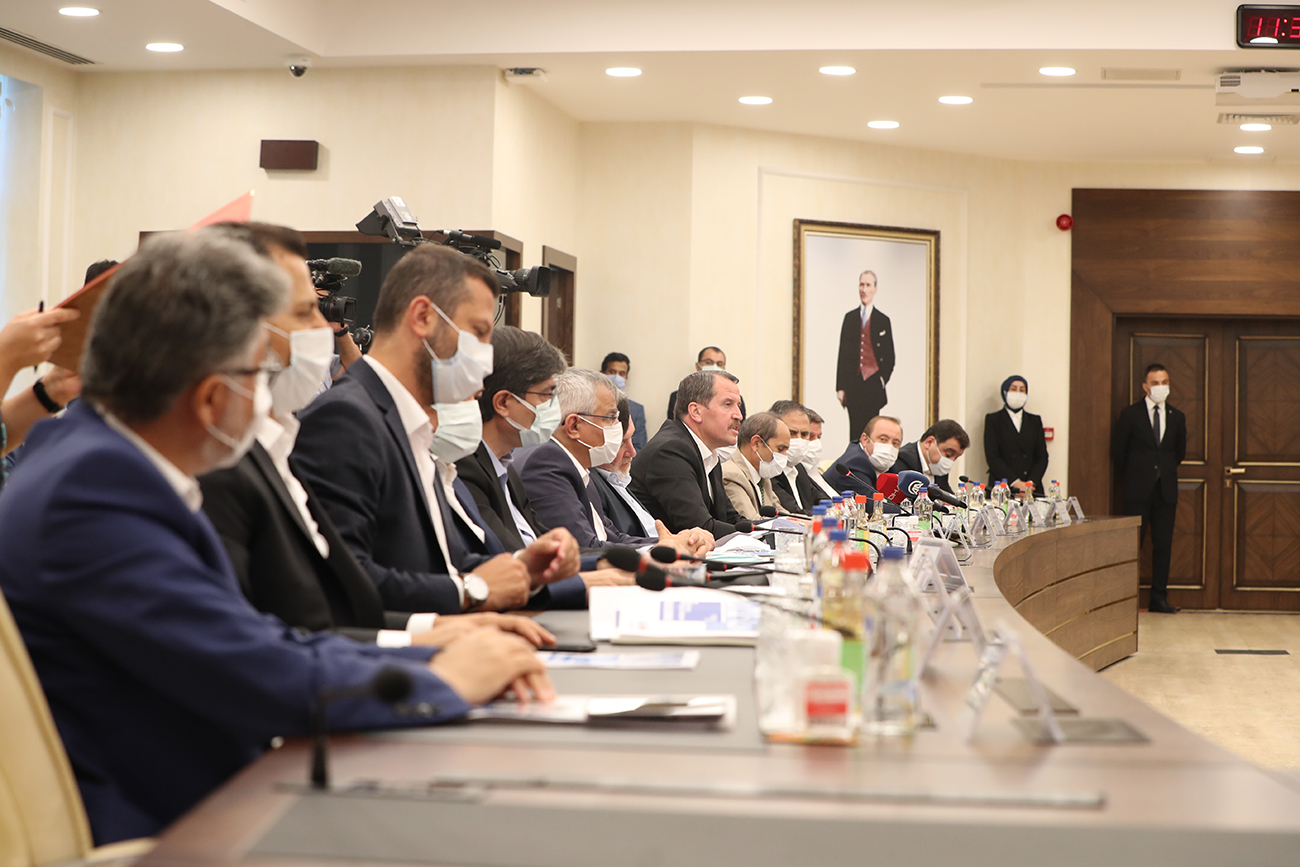 21- The maintenance of the ban on membership in political parties and the ban on the right to strike infringe on the individual freedoms of civil servants; these constraints must be lifted as quickly as possible.