40th meeting of the EU-Turkey Joint Consultative Committee in Izmir

Memur-Sen president, Ali Yalçın and Vice Chairman Mehmet Emin Esen took part in the proceedings of the 40th JCC meeting, which will focus on "Disaster Management - How can Turkey and the EU work together?" and "Green Economy", as well as other topics such as "Modernization of the EU-Turkey Customs Union". 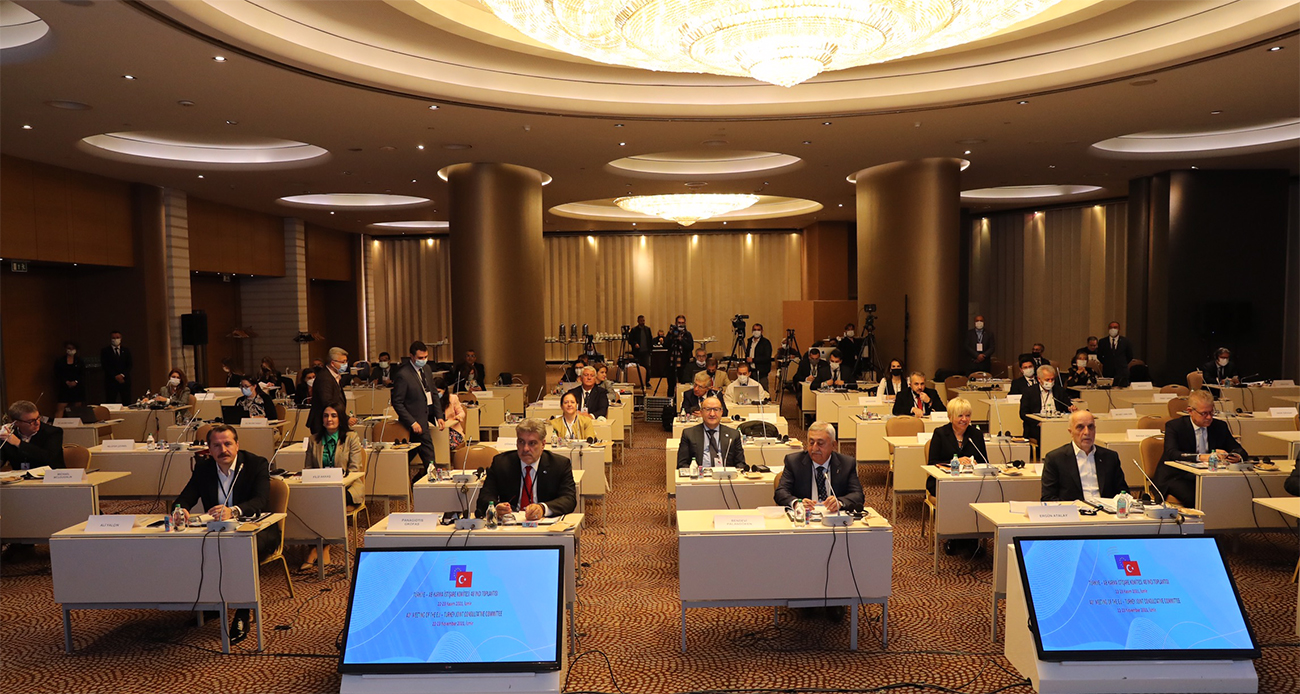 The EU-Turkey Joint Consultative Committee (JCC), established in 1995, is composed of members of the European Economic and Social Council (EESC) and members representing organized civil society in Turkey, including the Memur-Sen confederation.

The JCC addresses a wide range of issues, including cooperation between Turkey and the EU in various fields such as migration, energy, small and medium enterprises and vocational training.

Memur-Sen president Ali Yalçın and vice president Mehmet Emin Esen took part in the proceedings of the 40th JCC meeting, which will focus on "Disaster Management - How can Turkey and the EU work together?" and "Green Economy", as well as other topics such as "Modernization of the EU-Turkey Customs Union". 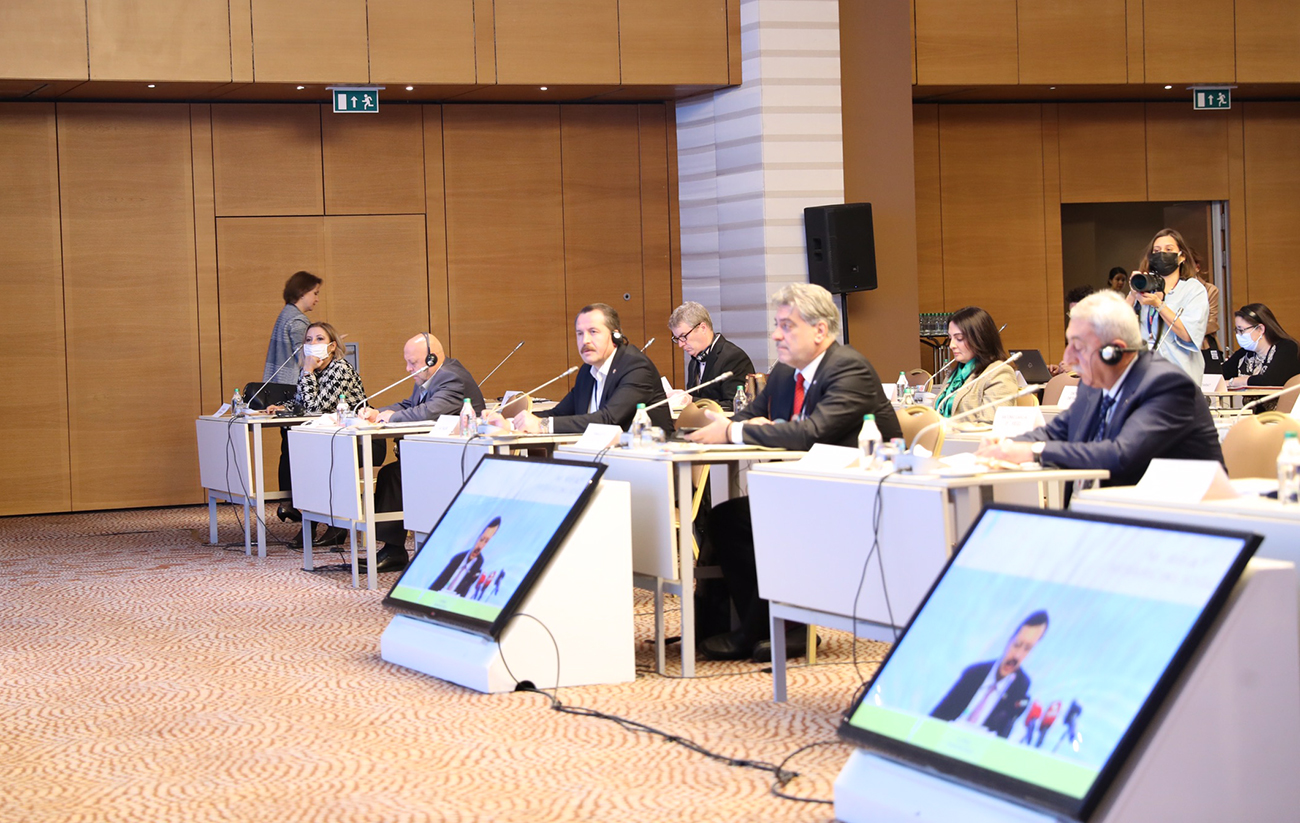 Also present were Faruk Kaymakcı, co-chair of the JCC; Deputy Minister of Foreign Affairs in charge of European Affairs, Rıfat Hisarcıklıoğlum president of the Union of Chambers and Commodity Exchanges of Turkey, Peter Clever, co-chairman of the EU-Turkey JCC, Ambassador Nikolaus Meyer-Landrut head of the European Union (EU) delegation to Turkey and Dimitris Dimitriadis, head of the external relations department and member of the European Economic and Social Committee.

Faruk Kaymakcı, Deputy Foreign Minister in charge of European Affairs for Turkey, said, "There are positive developments in Turkey-EU relations. For us, the continuation of the full membership process is indispensable. Turkey still expects the EU to live up to the commitments and ambitions set out in the Copenhagen criteria. Today, it is important to modernize the customs union in order to develop and promote the implementation of more environmentally friendly solutions. The issue of the PKK and terrorism is important. It is important, but not sufficient, that the PKK be included on the EU's list of terrorist organizations. This fight must be supported and must be extended to other organizations such as FETO. Our membership is at a standstill and our current relationship with the EU is and cannot be reduced to the issue of immigration and money. For the record, this money is not given to Turkey, it is given to non-governmental organizations designated by the EU to help Syrian refugees. However, without really understanding why, this money ends up being deducted from the funds that Turkey is supposed to receive as a candidate country," he concluded. 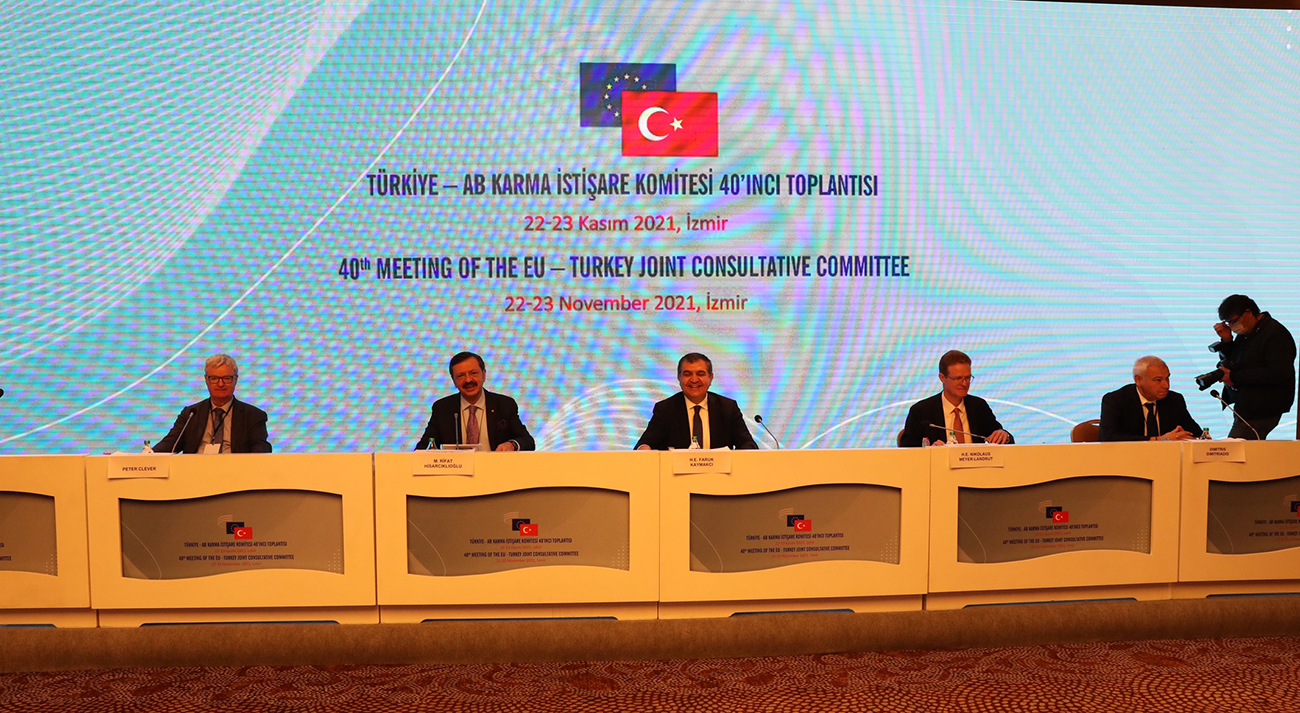 Speaking on the issue of migration and refugees, Ali Yalçın pointed out that Turkey is the country that receives the most refugees in the world, a situation known to the whole world. Adding, "Turkey hosts the largest refugee population in the world, bringing the number of Syrian school-age children to over one million. The violence is intolerable, we urge European nations to react with humanity to the events on their borders. These events show us that Europe is not in tune with humanity. This is extremely sad. Even if the states are indifferent, we as civil organizations must react collectively to these inhuman events. This issue must be central, important means and concrete measures are expected from the European Union to respond peacefully to the refugees, without forgetting that these people did not leave their country of their own free will. They were forced to immigrate because of the war. I therefore call on my fellow EU members to take urgent action to stop this violence." he concluded.