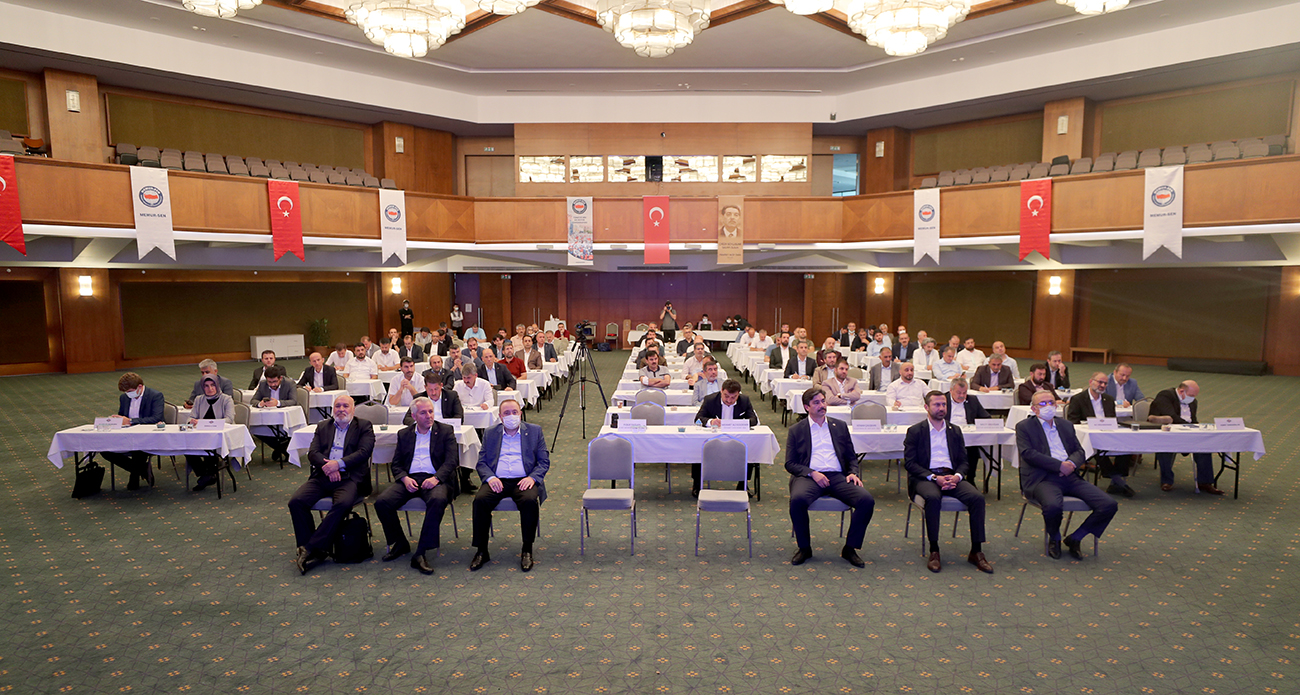 Organized within the framework of preparations for the future collective bargaining, the meeting was devoted to the recent expectations and concerns regarding the considerable loss of purchasing power of public workers. 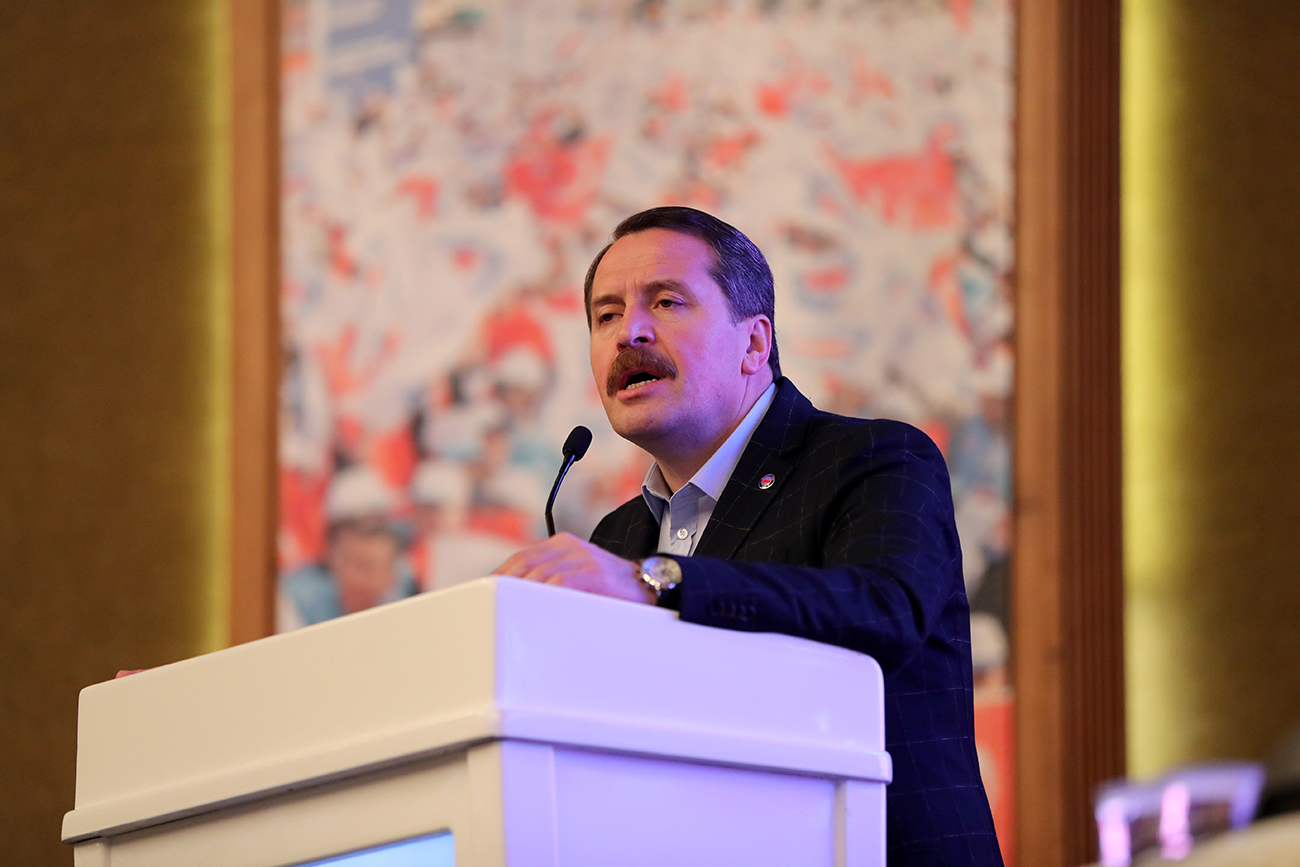 Speaking at the meeting, Yalçın said, "We expect the public employer to have the decency to admit the seriousness of the economic situation of its workers. Also, the granting of a catch-up bonus at least equal to the real inflation is indispensable in order to compensate for the losses in purchasing power suffered in the last two years," he said. 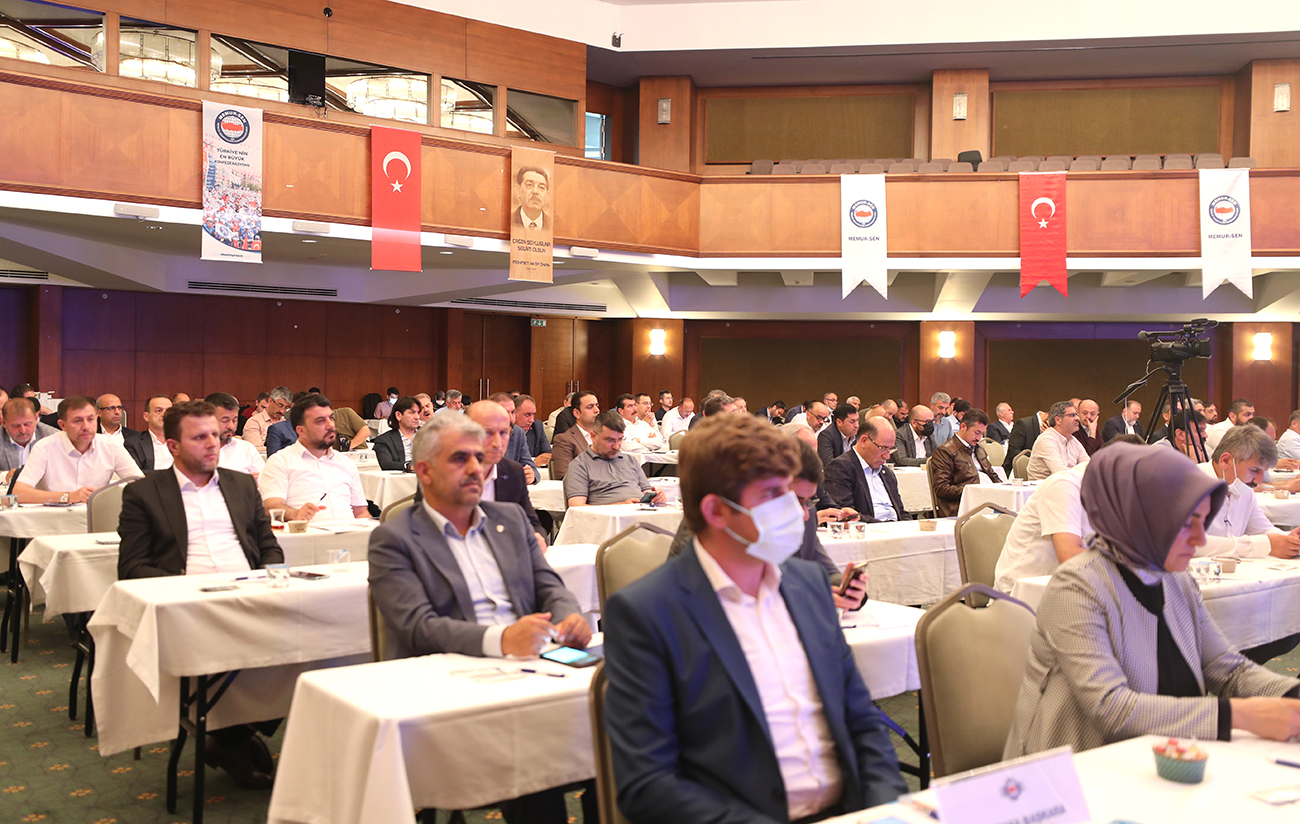 Meeting for its 32nd session, the Enlarged Assembly of Memur-Sen trade union leaders agreed to draw up a roadmap on the mechanisms envisaged to best conduct future collective bargaining for the realization of the expectations and demands of civil servants.

The final declaration below, set out in 10 points at the end of the meeting, contains the objectives set out by the Memur-Sen confederation: 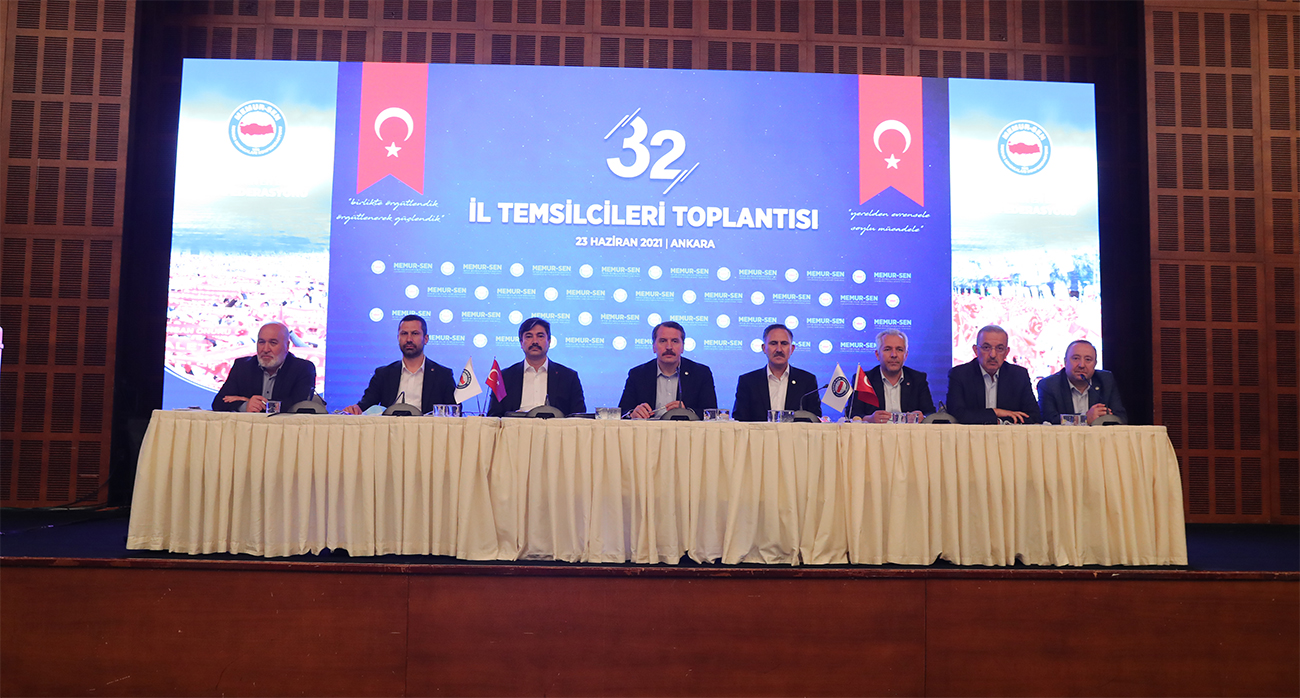 1- The Memur-Sen confederation, representative at the national level, will continue its struggle, with unwavering determination, with the aim of strengthening decent work and living conditions of public sector workers, without distinction of ethnicity, political affiliation or ideology.

2- Determined to continue its march to contribute to human development, Memur-Sen will continue to fight for freedom, justice and peace in the world.

3- With regard to Law 4688 on the right to organize and collective bargaining of civil servants, the legal instrument that supports these relations should be revised in accordance with the standards of international law. 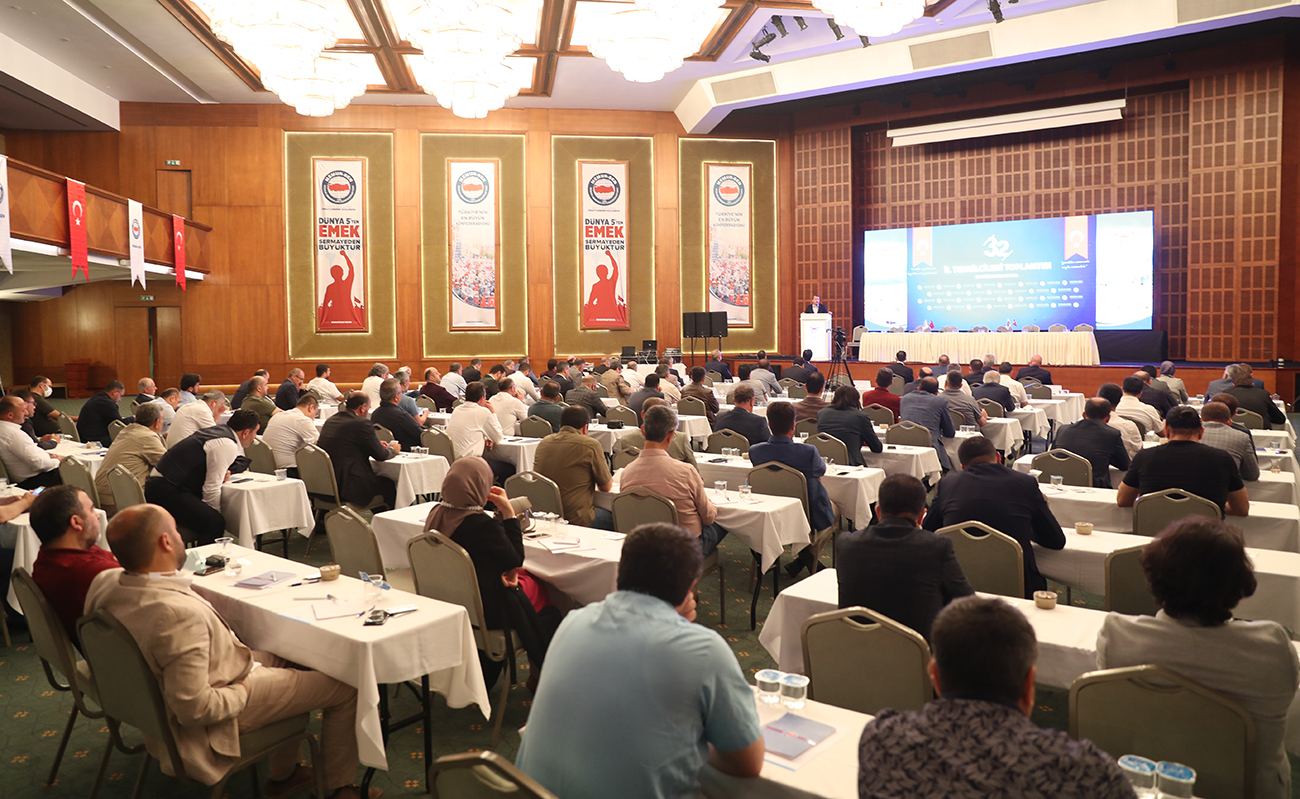 4- The continued prohibition of membership in political parties and the prohibition of the right to strike infringe on the individual freedoms of civil servants, and these constraints must be lifted as soon as possible.

5- The public employer must not remain impervious and indifferent to the demands of public sector employees, nor must it hide behind the excuse of "public budgetary constraints". On the contrary, it must prove its commitment to the process of collective bargaining, which must be seen to be useful, fair and effective, in accordance with the purpose and spirit of the social contract.

6- Improving the social benefits and salaries of civil servants would contribute to improving the economic situation of our country. The public employer should take this into account in future collective bargaining. The salaries of state workers are not an economic burden but, on the contrary, a force capable of lifting the country up. Only such recognition can foster the emergence of positive collective and social impacts that can result from them. 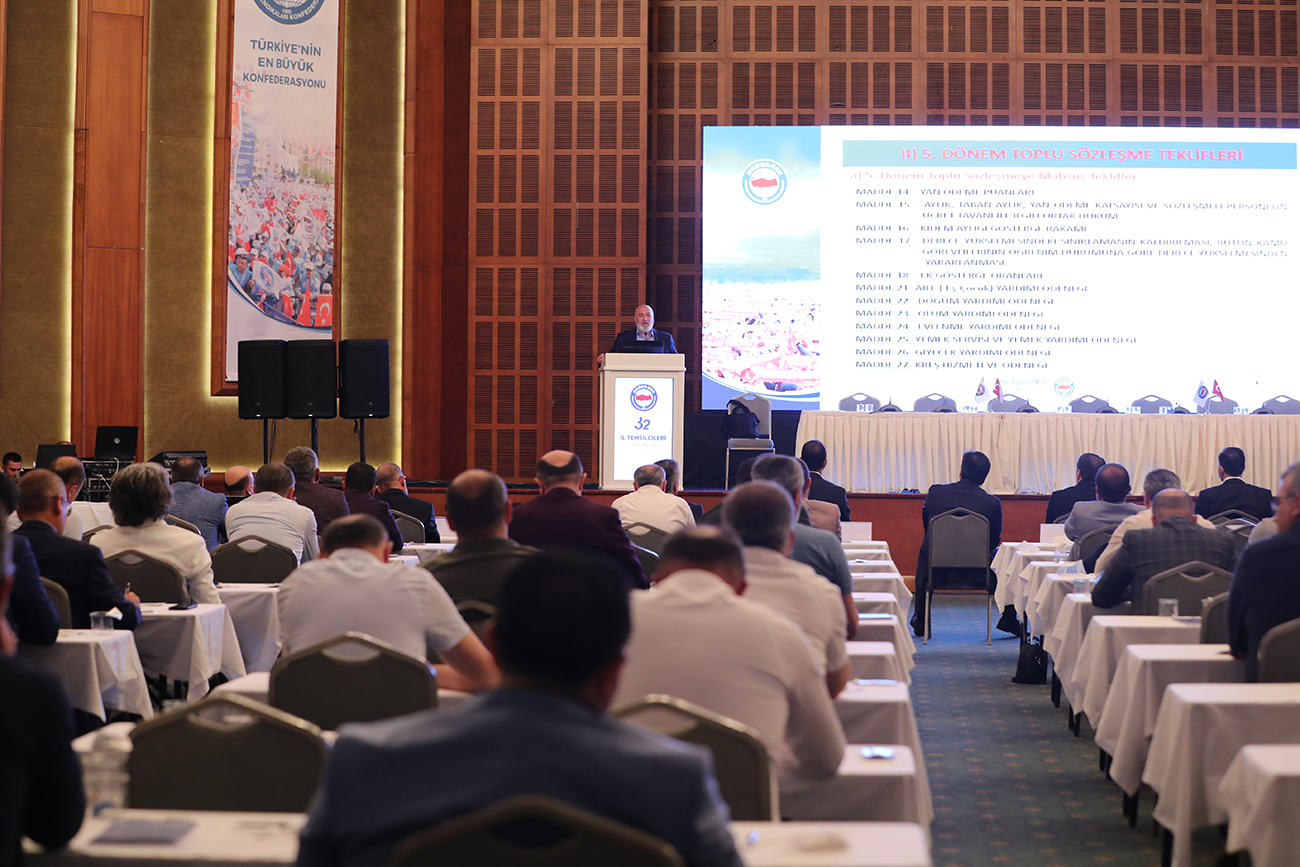 7- Job security for civil servants is our red line. We are totally opposed to calling into question the job guarantee of civil servants.

8- We are also totally opposed to subcontracting in the public sectors, contrary to the law on job security and status, subcontracting creates inequalities and is not suitable for the Turkey of the 21st century.

9- The contractual employment model, which was initially provided by the law as an exception, has started to become the rule in recent years; contractualization increases the psychological burden, vulnerability and decreases the efficiency of the public employee.

10- In order to promote efficiency and professionalism in the public service, the examination is the instrument through which the principle of equality and merit is realized. Giving importance to merit in both promotion and recruitment is vital in terms of service quality. Tests for recruitment, promotion and advancement of civil servants must be held on a regular basis in all public institutions. The institution of merit-based evaluation and grading must not be left to the discretion and arbitrary decisions of superiors.